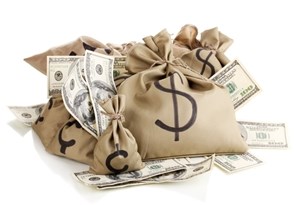 We've all heard the horror stories about people who went on spending sprees, swiping their credit cards at numerous registers, buying things they wanted, but didn't actually need. And when the bills came in, with interest tacked on, people couldn't pay off their debts, resulting in not only rolled over accounts on a month-to-month basis, but messages from debt collectors and adversely affected consumer credit accounts.

After hearing stories like this in the media, many young adults are choosing to forego owning a credit card for as long as possible, relying solely on the money in their bank accounts and pockets. While this might be the responsible thing to do, they're actually not doing themselves any favors. As many lenders and credit bureaus know, no credit is almost as detrimental as bad credit when these people go to borrow.

Study finds many avoid plastic for as long as possible

According to a study published by Sallie Mae and Ipsos Public Affairs, 80 percent more college students carry debit cards than credit cards, while only 32 percent own both payment options. Further, 17 percent carry neither card during their college years. A total of 39 percent of all college attendees between 18 and 24 years old had a credit card in 2012, which represented a 10 percent drop since 2010.

Many people are eschewing this route because they're afraid of overspending and going into debt while in school, when many already have to take out student loans anyway - they don't want to add to it, Bloomberg reported. However, when they get out, many lenders and landlords are wary of those with no credit history.

"You don't have a credit history and they consider that a bad thing," consumer and unsuccessful apartment hunter Charlie Frohne told the news provider.

To contend with this rising population, the news outlet said that many lenders and entire credit bureaus are starting to look into alternatives that can be used to judge creditworthiness.

Looking into alternative options
And as more and more individuals are graduating and entering the workforce, looking to buy houses and cars, rent apartments and contend with other costs, there will likely be a surge in those going to alternative financiers for help. This is nothing new, but it is starting to gain more traction for bureaus and lenders. According to My Bank Tracker, lenders have been mulling over analyzing alternative credit scores for the last decade or so, but more factors are being incorporated in such scores to bolster rankings.

The news outlet said that that larger lenders were the ones considering the move 10 years ago, but that's not really the case any longer. Big companies and banks aren't taking the risks they did before the recession, but the same cannot be said about alternative lenders.

Relief possible
This is where alternative lenders could step in. Many of these companies judge loan applicants on a variety of data points, not just their traditional credit scores. For instance, numerous alternative finance firms take a look at individuals' Payment Reporting Builds Credit scores, which can actually provide a more comprehensive financial profile. This method of ranking takes other factors, like the person's history of repayment on utilities accounts, into consideration, which can be a much better indicator of risk.

"You could say that they're not going to get mortgages, and that could have dire consequences," mortgage consultant Ann Schnare told Bloomberg. "But that assumes a static model. I think that the industry will respond."

This can be a great resource for individuals who haven't yet established credit but need a loan. They can go to these businesses, who will determine if they're worth the risk based on factors that truly matter.