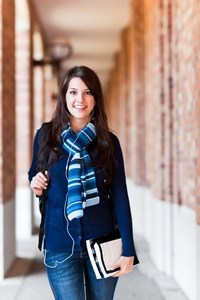 In the past, there weren't many options for how individuals could build their consumer credit reports. In order to be eligible for purchases requiring a strong credit history, people would take out a card and begin charging away. However, related to this, many adults today struggle with overspending-related debt. Today's youth is foregoing traditional plastic in favor of alternative credit options, and this trend stands to change the face of commerce in the United States.

According to The Chicago Tribune, there may be a couple of major factors driving many individuals under the age of 35 away from building credit through mainstream channels. One significant aspect of the issue is likely to be the fear of debt. Samantha Henderson, a 20-year-old student who spoke to the paper, said that she had seen other people her age suffer in the fallout of credit-related debt, and because of this, she limits herself to making purchases with her debit card and cash.

Henderson isn't alone - in a survey by Sallie Mae and Ipsos Public Affairs cited by the source, only 39 percent of undergraduates owned a credit card in 2012, down 10 percent since 2010.

Another factor has to do with what it takes to get credit. The Tribune explained that, in many cases, individuals need to have established credit before they are eligible for the cards in the first place, which can form a major barrier to entry. Placed in positions where they are both unable to get access to these payments methods and afraid to spend borrowed funds, many young people see eschewing the cards altogether as the best option.

With the current lending systems, though, individuals who don't have a trail of consumer credit data face challenges in making key purchases. Without credit, they may not be able to move out of their parents' home, buy a car or acquire a loan to start a business.

"You could say that they're not going to get mortgages, and that could have dire economic consequences," Ann Schnare, a mortgage industry consultant, told the source. "But that assumes a static model. I think that the industry will respond."

It may have to, especially as the recession continues and young people struggle to find jobs. A recent study from Pew Research found that, among those younger than 35, credit card ownership has been dropping rapidly, and the trend began even before the economic downturn. Between 2007 and 2010, use dropped 20 percent. Additionally, the number of younger households carrying debt dropped to 39 percent by 2010, down nearly 10 percent from just three years prior.

The percentage of these individuals that owned cars or homes was also lower by the end of the study, and while declines are likely related partially to employment, it is important for industry leaders to note that the inability to develop credit without borrowing may play a role. Bloomberg noted that alternative credit data such as energy and telecommunications bills are reliable in determining creditworthiness, while the Tribune explained that alternative payments systems for rent are allowing apartment-dwellers to send data straight to consumer credit reports.

An alternative credit Renaissance
It may not be long until so-called alternative credit sources become the norm. It is crucial for lenders and merchants across a number of industries to adjust to the new ways young people are taking control of their financial wellbeing. By harnessing data from payment records that do not require credit, it is possible for loan providers to determine how reliable an individual is without a prior credit history. In many cases, alternative indicators are just as reliable as credit, and to continue to be competitive among today's consumers, change may be critical.