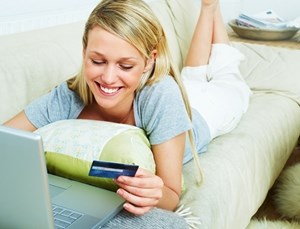 Reports from sources including Reuters and The Associated Press regarding this year's 2 percent payroll tax increase have the credit industry wondering if consumers will continue to buy with less money in their pockets.

The prospect could be a positive for the short term lending and debt collection industries as less cash often means an increase spending in both traditional and alternative means. According to the National Retail Federation (NRF) though, experts believe consumers will be more fiscally conservative with their pockets pinched.

Matthew Shay, president and chief executive of the NRF, shares his association's beliefs.

"I think we can safely predict that many people are going to be shopping for price more often and there may be some trading down," he says.

The NRF's website makes note that the 3.4 percent rate of this year's positive sales climb is just under the average rate by which American sales have grown - 3.6 percent - since 2003. While 2013's statistics are not up to par in comparison with those of the past two years, the numbers are encouraging when looked at next to 2009's decline of equal value (-3.4 percent).

Paired with the NRF's sales predictions, the Consumer Confidence Index showed congruent downward trends based on the Conference Board's reports posted January 29. The NRF took the Conference Board's findings into consideration when weighing their thoughts on this year's sales rates, naming consumer confidence as a major factor used in coming to such conclusions. Minds are expected to be eased among buyers according to the retail experts, as nationwide financial rebound is expected to pick up speed over the summer.

The Associated Press reports the economy itself is experiencing positive changes. The source states the slight freeze anticipated among consumers will be more of a collective personal shift than a reflection of the nation's state of affluence.

Consumers can maintain and build credit with cards
One path consumers could take during this time of projected financial hold-back is increasing the use of credit cards and other short term lending avenues, which would directly benefit the credit and lending industry this year. Grand Forks Herald writes that the handy credit data storage devices can benefit consumers who take caution to avoid overspending and work to build their credit in doing so, rather than putting themselves in a position where debt collections agencies must intervene. Although this activity is temporarily positive for the industry, healthy credit ultimately helps businesses best.

Financial counselor Duane Emmel of Village Family Service Center in Fargo, North Dakota, does not condone the abuse of credit cards but understands the temptations people face when take-home money is sparse, he tells the Grand Forks Herald.

Emmel sees this ability to pay beyond ones means as a negative, but Odysseas Papadimitriou, CardHub.com CEO and past senior director with Capital One, points out one aspect of credit cards that undoubtedly can help the industry grow - having one is the only way someone can start creating good personal credit and avoid immediate debt. If card users take Papadimitriou's advice to heart, better credit business can be facilitated by smarter paying consumers.