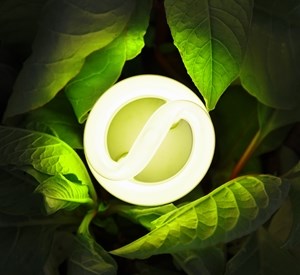 New vehicle sales have been increasing over the last several months across the United States. As consumers start to gain a better financial footing as the economy improves, buyers are ramping up their spending on big item purchases. As a result, home and vehicle transactions have spiked.

Low interest rates on car loans and a return to subprime lending due to reduced risk for lenders has proven beneficial for automakers, financial firms and consumers. The positive economic growth in the auto industry is expected to continue. Moreover, further improvement on already robust new car sales could be seen next year.

With such a lucrative market, auto lenders are focusing on how they can optimize their operations to attract more consumers. Although the sales increase is a positive trend, the growing sector has given rise to increased competition among auto financiers. As more consumers start to invest in new cars, lenders will likely have to compete with each other to win over customers, many of whom are first-time auto buyers. Potentially, quality service could establish a new base of loyal customers for auto lenders involved in a number of fiduciary activities.

In many instances, new vehicles are the first major transaction made by a young American consumer. As a result, lenders need to take special care to make the process easy and positive if they want to build a relationship with a client who will provide them with business for decades. For this reason, it's important to understand which trends are impacting the auto industry. Moreover, it's necessary to avoid knee-jerk reactions based on recent reports and. As the current market for green and hybrid vehicles shows, short term trends don't always shed light on future developments.

A recent report from the Associated Press noted that October auto sales were solid, despite the government shutdown hampering other industries. During the last two weeks of the month, vehicle sales jumped 11 percent.

However, the source noted that transactions for hybrids decreased in last month. The Toyota Prius - one of the hybrid market's most in-demand cars - saw sales drop 7 percent, while the Chevrolet Volt's sales declined a staggering 32 percent. Also, the A.P. noted that Ford's C-Max small hybrid featured a sales decrease of 20 percent.

For some, this would indicate that consumers are not interested in purchasing hybrid vehicles. This assessment isn't inaccurate, as the A.P. stated declining fuel prices have done little to convince car buyers to go green, but it's not a comprehensive barometer of the longterm prospects for hybrid sales.

The organization's Megatrends Magazine outlined how the Obama Administration and the Environmental Protection Agency (EPA) are ramping up efforts to force a number of industries to actively reduce their carbon footprint. Many of these agenda points, such as the EPA's attempts to rewrite Tier 3 low-sulphur fuel and light-vehicle emissions standards, target automakers.

The source indicated that the drafted policies could be implemented as early as 2017. For automakers, this could create a market in which hybrid and green vehicles are not only in demand, but necessary for compliance reasons.

Forward-thinking auto lenders should note the potential for such policies to be put in place in the coming years. By partnering with automakers that are already implementing green technology, they may be able to take advantage of a possible spike in eco-friendly vehicle sales, as they will be well ahead of the curve.