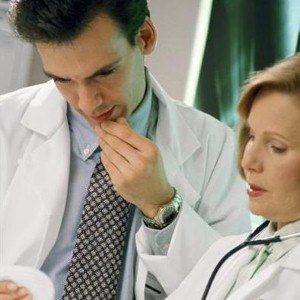 Over the last year, the practices of asset recovery firms have come under greater supervision and regulation. Increasingly, the focus has been turning to the ways that debt collection data is used and the practices short term lenders employ to recover lapsed debt for medical practices. The Bureau of Consumer Finance Protection issued a ruling in November 2012 extending the agency's control over approximately 175 companies that had not previously been federally overseen. Some of these companies likely collecting medical debt, and with the approval of the Patient Protection and Affordable Care Act, scrutiny of entities collecting medical debt is likely to intensify. New terms
Within the landscape of these legal standings, two new terms have begun to emerge in the discourse that revolve around the ways that collections are conducted. "Extraordinary collection" refers to practices that attempt to rescind funds outside of usual methods. The term is used in several documents, but not fully defined in laws and could be interpreted in negative ways. Another phrase for which the legal meaning falls into a grey area is "reasonable efforts." The difficulty with this terms' meaning is that it is based on a scale of "reasonableness" which lends itself to subjective interpretation in relation to the practices of collectors. These terms have ramifications in the asset recovery industry as well as for a variety of short term lenders. Such jargon could be employed in future legislation in order to limit terms of lending for the pawn and short term loan industries as well. Legislature currently on hold
Minnesota Democratic Representative Al Franken has introduced a bill called the End Debt Collector Abuse Act, which seeks to set strict limitations on the methods and discourse that are legally acceptable for debt recovery interactions. This act also intends to set forth specialized regulations when it comes to organizations collecting medical debt. Representative Barney Frank, a Massachusetts Democrat has introduced an amendment to the Fair Debt Protection Clarification Act, which would make collectors exempt from liability when leaving voice messages, though there are strict limitations on the language that can be used. Both of these bills are currently on hold, but should they be reintroduced, there could be changes in the ways debt collectors conduct business, and in particular there may be new limitations on firms collecting medical debt. This may lead to long term ramifications on consumer credit data and could also coincide with federal agencies' increasing role as watchdogs to the asset recovery industry.
Debt Collections