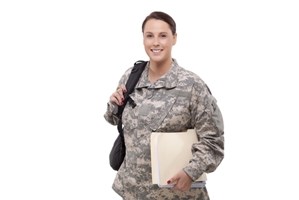 What are people's options when an unexpected, large expense crops up without any warning? Say someone gets hurt on the job and breaks a few bones - even if he or she has health insurance, the out-of-pocket costs will likely still be significant. Or what if someone gets into a car accident, but a vehicle is necessary for his or her job? In this case, the person is going to have to buy a new car or pay for repairs. If individuals like the ones in these examples haven't saved up in anticipation of potential disasters, this could present major issues.

Many people would immediately assume that they're going to need a loan. However, even though many experts agree that the Great Recession ended more that a year ago, banks are still largely unwilling to lend money to individuals with anything less than a perfect consumer credit score, for fear of falling back into financial troubles.

So, many of these people approach short term lenders for the funds they need to make ends meet after surprise costs arise. The alternative finance sector presents a fast and easy way to get money into the hands of those who need it most, and responsible companies outline the rules, regulations and best practices - that way, once the consumer's income is regular again, he or she can pay the business back and everyone can get on with their lives.

However, there's an entire population that's not allowed to take out these types of loans. Because of the Military Lending Act - which was finalized in October 2007, before the recession took hold - service members and their families are virtually barred from taking out short term loans. The only loans that are allowed are rare and heavily restricted.

But if an unexpected expense were to arise, what are these individuals supposed to do if they don't have enough money in the bank? Some can apply for - and subsequently wait a long time for approval on - military loans, but that might not be enough.

With the relatively frequent negative press that unjustly shadows the short term loan industry, some might think that this ban makes sense. But until individuals are in the shoes of the servicemen and women who can't make ends meet and are unable to think outside the box for alternative funding, they have no idea.

When benefits are denied

The actions of the government affect all military members, whether these happenings are positive or negative. Take 2013's late winter sequestration. Military.com reported that when this tumultuous financial event occurred, the Army was forced to halt tuition assistance enrollment and payments. This became a large issue, as many service members joined up because of the free educational benefits the GI Bill provides.

The unexpected halt meant some soldiers had to face colleges looking for tuition payments. These men and women would not have saved up money to pay such bills - the Army was taking care of that. Without the presence and availability of short term lending, this likely presented a major fiscal problem for some service members.

If these individuals were not in the military, they would have been able to apply for loans that could have been paid back once funding ultimately started up again, leaving virtually no risk for the consumer or lender.

But why involve the families?
Another question that's often debated is why Congress had to tack on the stipulation that military family members can't take out short term loans either. Sure, if legislators were going to ban this type of funding for servicemen and women, these individuals could easily find a loophole and ask their husbands or wives to take out loans for their families, so the move makes sense in theory. However, the restriction can put loved ones in a tight spot when corps members are away.

Also, consider the events of the recent government shutdown. The temporary stalemate in Congress stopped funding for entities like nonprofits, some colleges and the military. Newsmax reported that this had a particularly terrible effect on the families of fallen soldiers. The shutdown meant that the government was not paying out death benefits to those who had lost a loved one fighting overseas.

In an age when a basic funeral can run into tens of thousands of dollars, the short term lending industry can come in handy, as this definitely qualifies as an unexpected expense.

Review to follow
According to Marine Corps Times, the Federal Register sent out a notice at the end of last summer asking military and Defense Department leaders for their thoughts on whether or not the current military credit landscape needs to be changed.

Some of the things that might be reviewed, the news source suggested, are the clauses in the Military Lending Act that restrict approved short term loans to those that have an interest rate capped at 36 percent and total no more than $2,000. Because these types of options very rarely benefit the lender, they're virtually nonexistent.