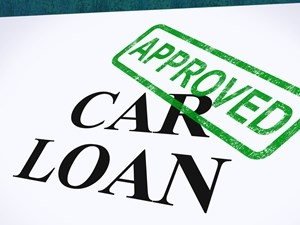 There are likely very few people who haven't faced tough economic times in this day and age. Consumers from all backgrounds probably experienced a bit of a setback during the Great Recession of 2008, meaning that they faced an uncertain future. While the economy is much more stable now, it's not unheard of for fiscal tumult to appear out of the blue.

In the last decade, individuals realized that they could no longer rely on the more traditional means of credit. When the Great Recession was in full swing, many banks shut their doors on consumers, only willing to lend to those who were a sure bet. However, at this point, consumer credit scores are rarely pristine.

As such, many individuals began seeking out sources of alternative finance, to great success. During this time, short term lenders, pawn shops and auto title lending companies were able to do what their larger counterparts could not.

Even though, again, the economy is more stable now, that doesn't mean credit scores have improved - but auto title loans, in particular, are very advantageous for those who need cash. They give many benefits to those who decide to take them out.

Probably the best part about taking out an auto title loan is the fact that the borrower receives the sum of money nearly immediately - after completing the appropriate paperwork and undergoing the necessary credit and information checks. This is in keeping with other types of short term loans.

On top of that, however, even though the individual in question produces his or her car title as collateral that the money will be paid back, the borrower retains possession of the vehicle. This enables consumers to continue to go about their daily lives as normal, which can be indispensable in paying back the loan, because they still have transportation to and from their jobs.

It's not like a pawn shop, at which borrowers have to relinquish possession of the items in question, nor is it strictly like a short term loan, because offering collateral tends to mean lower interest rates and higher sums. It's the best of both worlds.

Leaders support them
Many times, political leaders tend to support more traditional means of lending, with many noting that alternative options are borderline dangerous. However, that's not always the case - consumers just have to do their research.

Michigan state Senate majority leader Randy Richardville recently lobbied for auto lending, according to The Detroit News. While the source said that other groups have labeled the types of loans he supported as abusive, Richardville stated that he would never allow predatory loans to be offered to consumers.

Although the newspaper noted that short term loans aren't allowed by law in Michigan, a recent bill introduced by Richardville might soon make auto title lending legal. These types of lenders would be considered pawnbrokers, which is a profession supported by state law. The source detailed that the same bill is currently working its way through Michigan's House as well.

They help those most in need
As The Washington Post reported, in an attempt to set the record straight on the product itself, auto title loans serve those who need money most. It's a very different audience than those who borrow from from traditional short term lenders.

In fact, the source explained, those who are considered unbanked - they don't use banks in any fashion - tend to pursue these types of loans. After all, consumers don't need to provide a bank account number when using titles as collateral.