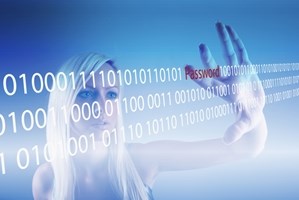 When businesses gathering information about people, whether they are collecting consumer credit data or Internet browsing habits, it can be unsettling to them. A recent article from the Chicago Tribune noted that Nordstrom had briefly been tracking its customers until May 2013.

But for many companies, data collection can factor greatly into its success. Google is the most prominent example. The organization's business model focuses almost entirely around gathering information about its users based on their search engine terms, then feeding its findings back into advertising. Google collects vast amounts of data, and while its operations have not been entirely without incident, it remains the most popular search engine in the world.

The reason for Google's success is typically attributed to the value it provides users. Consumers and businesses alike benefit from the use of Google's search, map and email functions, along with its numerous other offerings. By contrast, Nordstrom's tracking efforts offered little to no value to its customers.

"Provide back enough utility and [people like] you will feel like you're profiting," Ray Velez, chief technology officer of Razorfish, told The Chicago Tribune.

However, consumers are not the only individuals that feel they are not getting enough benefit from data collection. The news source noted that many companies are not using their data to its fullest extent, as they often lack the ability to understand it or run appropriate tests.

PYMNTS.com recently covered the Consumer Financial Protection Bureau's (CFPB) dealings with the banking industry, noting that the organization's efforts to collect banking data have suffered from a lack of coordination with other regulators.

"You cannot study consumer credit in a vacuum. Data collection gives the context to interpret what's going on," Katherine Porter, professor of law at University of California, explained to PYMNTS.com.

Organizations that attempt to gather data without a plan may find themselves unable to effectively use it. Rather than going it alone, debt collectors and similar entities may find a third-party solution can overcome some of the obstacles involved in the process.