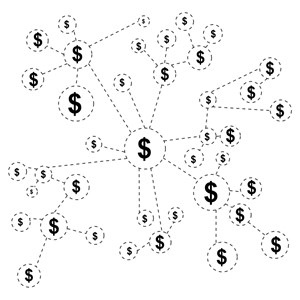 People can very generally be split into two categories - those who like to follow the rules and are comfortable adhering to a strict set of guidelines and those who would rather think outside the box and remain creative in all aspects of their lives. This theory might be best related to what kind of a job an individual seeks in his or her adult life - an office worker or an artist - but it has other applications.

Perhaps one of the most obvious is what a person decides to do when he or she needs money desperately and as soon as possible. After an unexpected emergency occurs, how are will a victim pay off huge medical bills without adversely impacting his or her credit score for years?

This is where the creative types might shine - they think outside the box. That being said, alternative finance is becoming so mainstream that seeking different ways to obtain loans is something anyone, with any type of personality, can do easily. Those without a lot of experience seeking out alternative credit might not be familiar with their options, but they have plenty of choices. And financial experts should be ready and willing to help those who don't want to be turned down by banks or traditional lenders.

People don't know where to look

According to a recent study published by One Poll on behalf of Liberis, business leaders in the United Kingdom don't tend to know where to go when they need to access alternative finance. The report, cited by CreditMan.co.uk, found that 29 percent of company leaders, upon being refused a loan by a bank, didn't turn to alternative companies because they didn't realize such options existed. One reason for this oversight is the fact that for 12 percent of those surveyed, their own financial advisors didn't advertise this potential avenue.

"Despite the fast growth of alternative funding and its increasingly higher profile, education and information is still key," noted Liberis CEO Paul Mildenstein. "We need to overcome the lack of awareness amongst a large part of the small business community."

It's important to note that it's not just small business leaders and/or those in the U.K. who don't have a solid grasp of the lending avenues that are out there. Individuals in the United States may not be aware of all of their options either and should go to experienced financial experts to remain in the know.

Lenders
There are plenty of storefronts across the nation that offer short term loans with reasonable interest rates and low, negligible fees. These types of loans can be perfect for those who need access to cash immediately, because the application process can be as quick as a day or even a few hours in turnaround time. Thanks to the worldwide embrace of the Digital Age, a number of these corporations also offer their services online for convenience.

These aren't the only sources of short term loans - in fact, pawn shops and car title lenders have also become favored methods of accessing alternative forms of credit. Individuals can trade valuable items for a cash loan at pawn shops, then buy their possessions back once they tap into a steady stream of income.

Car title lenders can be helpful for people who need money but still need to use their vehicles. Borrowers trade their car titles for cash advances while still retaining use of the cars themselves, so they can continue to go to work and other necessary locales. Should the individual default, the car would belong to the lender, but otherwise, once the loan is paid off, the title is reassumed.

Community banks
Individuals who need cash quickly might balk at the word "bank," because they're probably well aware that traditional banks have a history of denying loans since the Great Recession struck. Community banks, however, are often different. Not only might they take alternative credit scores into account, as they're not always bound by the same strict rules as their larger counterparts, but they tend to be locally-owned, so credit decisions are up to the administrators.

Credit unions
Though they're not exactly rare, many people forget about credit unions when they're thinking of their alternative credit options. As Frugal Entrepreneur pointed out, these organizations are actually nonprofit cooperatives that are owned by the members themselves. This means that, much like community banks, administrators have the ability to decide whether they want to extend a loan. Members, the source explained, belong to a specific group, such as teachers, residents of a community or another demographic.

Because of new alternative opportunities, these organizations have been growing in number and influence.

Peer-to-peer
Peer-to-peer lending is yet another alternative finance option borrowers have in their wheelhouse. As the news source reported, this takes institutions out of the equation, though the loans are "sponsored" by an organization. This means that the agreement is more official than simply making a deal between friends. There are a number of peer-to-peer lending websites that will ensure all agreements are honored.

It's simply up to consumers to explore their options, while financial organizations of all kinds should be ready to help potential borrowers find all the information they need.