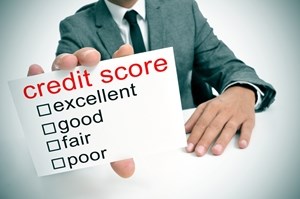 Across the country, every consumer is going to have a different credit score. And while many Americans may know the difference between a good and bad rating, what they may not know is how these numbers are tabulated or, perhaps, what they can do to improve their standing. However, there are some parts of the country where a low score is more common than others.

The national average credit score through the end of May was 669, a score that, while nice, is probably not going to be enough to help consumers qualify for the most affordable, traditional, credit options available to them, according to a report from the consumer financial advice site Nerdwallet​, based on data from a leading credit monitoring bureau. However, as one might expect, the range of credit scores varies significantly from one state to the next; for instance, Mississippi had the lowest average rating, at just 638 - a fairly dismal score - while Minnesota carried the average best score at 704, usually enough to qualify for some good terms on most types of traditional accounts.

One of the big problems when it comes to states where low credit scores are common is that consumers don't often know what goes into having a good rating, the report said. However, while financial education is obviously an important part of maintaining strong ratings throughout one's life, it also helps to have a little bit of money as well. And indeed, Minnesotans have a median income of nearly $61,000, nearly two-thirds higher than the close to $38,000 seen in Mississippi. That income disparity can unfortunately make a huge difference.

"You'll hear people say it doesn't matter what you make, you just have to manage what you've got," Selena Swartzfager, president of the Mississippi Council on Economic Education. "I'm afraid that until we're able to do something about the level of poverty that we have in Mississippi, we can train people all day long on what to do with their money, but if they don't have any, then that's an issue."

The bigger picture
Indeed, the financial and credit difficulties in Mississippi were reflected in neighboring states with similar economic problems, like Louisiana and Georgia, the report said. Those three states alone are home to 10 of the 20 lowest average credit scores among major cities. Meanwhile, the Upper Midwest was home to all but one of the 10 best average credit ratings among major metro areas, with North and South Dakota, Minnesota, Wisconsin, and Iowa all represented. The only outlier here was Helena, Montana.

These issues may plague many consumers on an ongoing basis, but the good news is that many of them may be able to benefit significantly from tapping their alternative credit scores. These ratings are based on more than just credit information, and that includes monthly payments like rent and utilities bills, among other things. That should help to paint a more complete picture of a person's financial situation, and put them on a healthier path going forward.