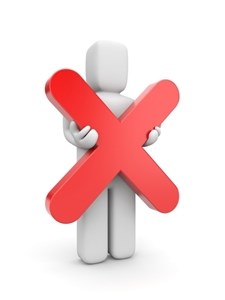 Across the nation, there have been various lawmakers and consumers' rights activists who have been exceedingly outspoken about the short term lending industry. These individuals are known for constantly sharing their opinions with various media sources, among various mediums. However, as with other personalities who tend to share their own personal views, consumers don't always get the whole story. After all, it's the goal of such critics to get people to agree with them.

But it's not exactly fair to sway an individual's opinion about short term loans without providing all the facts. There are, of course, resources consumers can turn to if they need the details about these alternative finance options, but sometimes critics' voices drown out facts.

So, it might be worth it for individuals to investigate the matters that critics have wrong before they write these loans off. Considering the fact that these products are used by a multitude of satisfied consumers across the United States in order to stay afloat when unexpected expenses arise, anyone in a similar situation should be aware that this is a valid option.

What are the thoughts that short term lending critics offer up that can be considered myths?

According to The Associated Press, Louisiana state Senator Ben Nevers recently noted that the short term loan sector is "deeply flawed because it traps people into debt." Unfortunately, this is a common claim among those who seem to have a vendetta against the industry, although it is nothing more than a myth.

Lenders who operate in the sector don't work to undermine the finances of Americans so they can make a buck. They offer alternative credit products so that people can remain current on their bills when something that can't be planned for happens - a car breakdown, natural disaster, home repair and so on.

Nevers' opinion was refuted by fellow state senator Danny Martiny, the AP reported. Martiny indicated that Nevers' recently proposed bill - which sought to cap short term loan fees - was extraneous and would result in the shutdown of the industry in Louisiana. Instead, Martiny suggested that a law be passed limiting individuals from taking out more than 10 loans annually.

People need rules and regulations
Martiny's change to the original bill presents another aspect that critics have incorrect - they seem to believe that consumers need strict guidance and can't handle finances themselves. Why should a limit be imposed?

"There are better ways to do that," Paycheck Loans of Louisiana President Bernard Gibbs told the AP.

He said that only borrowers themselves should decide how many loans they need to pursue throughout a 12-month period, and recommended that lawmakers focus instead on making the sector more competitive. This way, fees and other expenses can lower naturally as more players enter the market and clients can pick and choose lenders.

Short term loans should be eradicated entirely
Despite the fact that these forms of alternative finance have helped countless consumers for many years, there is a faction that believes the industry should be eliminated. Not only does this school of thought not take those who have benefited from the products into account, but it ignores the many people who earn an honest living thanks to the sector.

American Banker explained that it might be better, instead, to make the field more transparent so people understand how the industry operates. This way, thousands of Americans- if not more - can continue to seek out alternative help. After all, the source noted that between 40 million and 50 million people in the U.S. can be considered "highly illiquid" and may fall back on short term loans when they run into a serious problem.

Moreover, the news provider detailed that more than 50,000 individuals are employed by the sector.