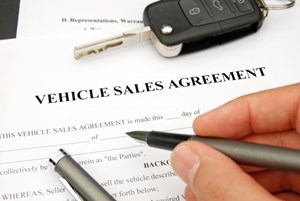 For many people from all backgrounds, cars are seen as a necessity now. Without vehicles, individuals may not be able to commute to their jobs, but they generally cannot afford to keep their automobiles on the road without a steady stream of income. This situation quickly became an issue for many during the Great Recession, and still rears its ugly head today, especially when buying a new vehicle.

To ensure they still have a reliable means of transportation, buying a new car is critical to some, especially those whose previous automobiles essentially kicked the bucket. However, not everyone can afford this easily.

There are alternative finance options for those in need of a new mode of transportation. Aside from more well-known sources of alternative credit, individuals should consider asking whether their preferred dealer offers retail installment financing, something that's becoming more and more popular as time goes on. However, not everyone knows yet what this entails. What are the basics, and why would it benefit an auto dealer to offer this as a valid means of payment?

Simply put, retail installment financing is a conditional contract between a dealer and a consumer, with approval from a third-party lender, according to HG Legal Resources. This process is set in motion before the individual officially buys the car, the source detailed, and is considered to be contingent because the financing aspect doesn't factor in until the lender accepts the contract. From then on, if the car buyer doesn't follow the lender's repayment policies, the contract would be considered void.

It is that company's responsibility to make a credit decision - the dealership isn't paid directly by the buyer, which is usually the case. The car seller only skims the surface of the individual's monetary situation, then picks the payment source - i.e. the lending company - that would be most appropriate on a case-by-case basis. The source pointed out that the lender is the one that determines whether or not that person can pay the money back and makes the ultimate decision whether to extend financing to the dealership on behalf of the borrower.

Why is this beneficial?
This is a method of payment that's only really beginning to take hold now. It used to be that consumers would traditionally take out a basic car loan or pay cash, but this new way to pay gives individuals more options and could be extremely helpful in a post-Great Recession economy. It should be looked into by lenders and dealers alike - giving clients more payment choices only increases their likelihood of being paid and gaining more business down the road.