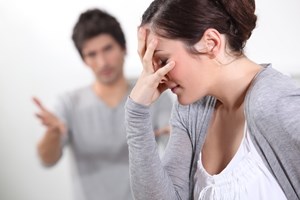 The short term lending industry has come under fire a lot recently for undeserved reasons. The New York state government has been exceedingly critical of the entire sector, levying criticism against businesses that allow consumers to borrow online. Governor Andrew Cuomo and the state's financial regulator Benjamin Lawsky have released statements regarding the current state of the industry, and even went as far as to draft cease and desist letters to 35 of the companies operating over the Internet.

The legality of this decision has been widely questioned, as a number of the lenders concerned are run from Native American reservations, which are only subject to federal law. Moreover, many industry leaders and consumers alike are up in arms, saying that the absence of short term lending options in the area would be detrimental and that detractors are inflating some of the statistics.

Cuomo and Lawsky plotted this course of action because many lenders attach an annual percentage rate of more than 25 percent, which is illegal for traditional companies operating within state lines. However, in their arguments against higher interest rates, they're largely failing to mention that fees tacked on to late bills and other expenses that could be paid off using these loans are almost always much higher.

This is the reality many New Yorkers face if Cuomo and Lawsky are successful in their misguided attempt to banish lenders of all kinds from the region. If leaders start to consider all of the negative effects that this would have on citizens, perhaps they'd think twice before continuing their witch hunt.

Other fees are higher

Community Financial Services Association of America CO Dennis Shaul wrote in an editorial for The Baltimore Sun that the real expenses that accompany short term loans are actually often less than the sky-high figures the opposition projects. For instance, he wrote that the average flat fee tacked on is $15 for every $100 borrowed. He also said that this is the number that should be taken into consideration, as the annual percentage rate can be very misleading. The loans are meant to be two to four week long stipends until consumers can regain their footing.

If these types of loans are rolled over for an extended period of time, which is not recommended by those in the industry, that can mean higher rates, but if done correctly, the fees can be less than the 25 percent cutoff imposed by New York authorities.

Downtrodden communities
Speaking specifically to the Native American lenders that could be affected by Cuomo and Lawsky's actions, should they go under, the entire surrounding community could be adversely affected.

NDN News reported that these companies have a positive effect on education, healthcare and housing on reservations, and any prohibition from continuing operations could yield terrible financial cuts.

Corporate losses
If New York state leaders think that the only customers who use short term loans are individuals who constantly have money troubles or are uneducated about the terms and conditions that apply, they are sorely mistaken.

Bloomberg Businessweek reported that, though it's not a well-known fact, Wall Street is exceedingly reliant on the industry.

"A freeze in the short-term lending markets can be catastrophic" to the stock market in the United States, because people use "short term borrowing to finance what are often long term investments," the source detailed.

Moreover, the news provider detailed that when the economic downturn began in 2008, it was partially aided by the decline in various types of short term lending. Luckily, this was only temporary, and even though government and bank loans continued on - albeit with tighter purse strings - it was when the short term sector started to come back and consumers began spending more that the national economy followed suit.