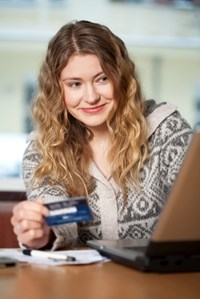 Over the last several years, millions of Americans have learned the importance of having a good credit score. However, while they may know that these ratings are important, what often happens is they don't know what goes into making up those scores. As a consequence, many consumers may be making mistakes in dealing with their credit that they simply don't know are going to drag down their scores.

For instance, one of the biggest issues that consumers face is they think they have to carry a credit card balance of some kind to maximize their score. However, once people have some credit card debt, they have a tendency to accrue more and more of it. If they have trouble paying their bills as a result of rising costs, that can create major worries for them both financially and as far as their credit is concerned.

What else can be problematic?

For those who are trying to get their debts under control, another common misstep is that when they've successfully paid one of their credit card accounts down to a zero balance - which is a great and generally beneficial financial accomplishment - they then close that account altogether. That step might seem like a good idea, since it helps to avoid the temptation of once again racking up debts on the card, but it's actually a problem.

The reason for this is that a portion of traditional credit scores are made up of two things that will be impacted by the decision to close an account: the total percentage of credit limits being taken up by debt across all accounts, and the average length of time they've had those accounts (a greater average age is better).

Why does closing an account hurt?
Altogether, these two factors alone generally make up about 45 percent of a person's credit score. The larger portion of that - 30 percent - is made up of what is called "credit utilization." That is, the percentage of their limits they're taking up with debt. For instance, if they have five cards with a total credit limit of $15,000, and they owe $7,500, their "utilization ratio" is 50 percent, which is too high to begin with (credit scores start dropping when that ratio is north of 30 percent).

But if they pay down their debts to the point that they owe just $4,000 on those cards - for a utilization ratio of about 27 percent - that's great news for their scores and finances alike. If they close that zero-balance account, though, the total limits will be considered on just four cards, with a combined limit of, say, $10,000. That puts them back at 40 percent and starts the problems all over again.

Because there are so many issues that can lead to poor credit scores in general, it may be wise for alternative lenders and other such companies to make sure they're doing more to help people understand the ins and outs of improving their standing. By doing so, they may be able to help all involved simultaneously.