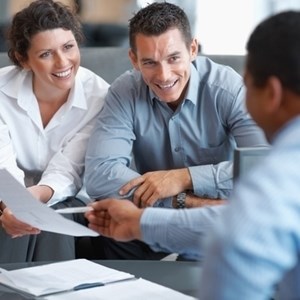 Nationwide, millions of consumers have likely learned that having a good credit score is a wise and often beneficial thing for them to do. Many may even know how they can go about improving that standing to the point where they have a healthy score (though this may be disconnected from their ability to actually do so, for a number of reasons). However, what plenty of people may still not know is just why having a good score is good, and what that can end up getting them.

When it comes to having good credit, the immediate benefits are somewhat obvious. Those who have been denied credit in the past based on their existing score have likely found that these are difficult issues to deal with, and even consumers who haven't gotten the most affordable rates possible could potentially have learned a similar lesson. People with good scores tend to get fewer fees, lower rates and have a much easier time being approved for just about any type of credit they want to obtain (though restrictions for some may be far more stringent than others).

Other benefits are less obvious

In addition to being able to tap low-cost credit more frequently, though, consumers will likely also find that there are many other financial positives that come with a better score. For instance, numerous studies have found that people with low credit scores and a clean driving record may end up paying more for their auto insurance coverage than people with good credit but bad driving records, including convictions for offenses that include drunk driving. This can also apply to other types of insurance as well, such as home or renter's insurance.

And even beyond that, there are additional benefits. For instance, bad credit can also end up keeping people from being able to get approval from service providers like cell phone and cable companies, utilities, and so on. Bad credit may even prevent them from being able to move into a new apartment. That, in turn, can end up having a negative impact on many aspects of one's life, well beyond their credit or even finances.

What else can help?
One of the big difficulties for people who have struggled financially and seen their credit scores fall as a result, though, is that they may find themselves locked out of not only access to affordable credit, but also from even being able to do anything about their situation. With this in mind, it might be important for businesses considering such a person's application for service to look at their alternative credit scores such as those from PRBC, and talk to them about why these ratings can help them. By looking at not only how they've handled credit, but also how effective they've been when it comes to paying bills like rent and utilities each month, helps to create a more complete picture of a person's finances, and can potentially move them into position to tap more affordable credit and other services.