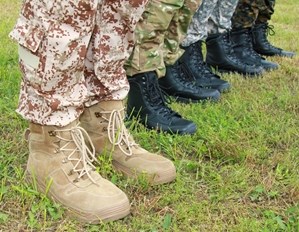 When the Great Recession hit in full force in 2008, it didn't discriminate. Individuals from all classes, those in a variety of industries and people with far-ranging paychecks were all caught unaware by the financial tumult. When an economic disaster of that nature occurs, it's like a tornado - it hits individuals from all backgrounds without any thought to status.

However, that's not the same with solutions. During this time, banks shut their doors to almost everyone who wasn't a sure bet, leaving a number of people unable to tread water and make ends meet. That being said, short term lenders opened their doors to the masses. People from all backgrounds could get help if they needed it, especially when unexpected expenses hit.

There is a whole population these companies can't help: members of the armed forces and their families. There are laws in place - namely the Military Lending Act - that prohibit lenders from helping those who have fought for our country and need a stronger financial foothold.

Some critics of alternative finance think that the sector is trying to skirt regulations and find loopholes, though the industry has a strong reputation of sticking to the letter of the law. For instance, The News Star reported that these types of storefronts are getting closer and closer to military bases, citing a report that's almost 10 years old. And with thousands of American bases around the world, this was bound to happen somewhere.

Shreveport, Louisiana-based attorney David Swzak went on to tell the news source that it's usually low-ranking military members who seek these options out, along with, "...poor people, who are the most susceptible."

Rather than insulting consumers with wrong stereotypes, it might be better for critics to examine why individuals from all backgrounds, military or civilian, would benefit from taking out a short term loan and search for ways to fairly regulate the sector for all.