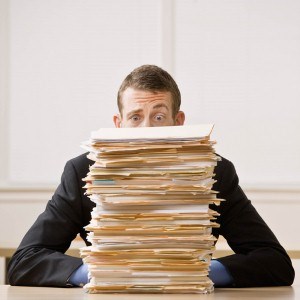 Many people have recently become aware of the benefits of short term lending, particularly pawn shops. This is mostly due to the massive popularity of reality television programs centered around the sector, like "Hardcore Pawn" and "Pawn Stars." Individuals are now frequenting these storefronts to buy new items and take out loans when they need fast cash, often with little risk.  But because many companies in the industry are flourishing, criminals are taking advantage as well. Some thieves are pawning and selling items they've stolen, adversely affecting both their victims and pawn brokers. Once police become aware merchandise was stolen, the owner often has to surrender the product, losing both the item and money loaned out. However, brokers and law enforcement are working together in many regions to set up databases that document items that come into the storefront. The technology has helped many police departments catch thieves, helping wronged victims and pawn shop owners. Police catch thief with nationwide database
According to WSAZ-TV, police in South Charleston, West Virginia, recently caught a thief wanted for stealing from numerous stores in the county with the help of a pawn shop database. The source said Sam Ranson was arrested after allegedly pawning items he took from Dick's Sporting Goods, Cabela's, Gander Mountain and Walmart. "Crooks will go from store to store, and [by] the time we catch them they'll have $30,000 or $40,000 worth of merchandise that they've stolen instead of letting that build up," detective C.A. Cook told WSAZ. "We can catch them on maybe the first or second pawn." Throughout Kanawha County, the news provider reported, pawn brokers have to enter the serial numbers of products they receive, as well as identifying information about the person who brought it in. WSAZ said some area owners are unaware of the ordinance, though using a database like "Leads Online," which helped catch Ronson, might be helpful even when not required to do so. Databases preferred to old systems
To keep their inventory safe from thieves, many brokers are turning to databases to record items and allowing police access to the systems. According to The Associated Press, this relatively new strategy is seen as better than previous tactics by pawn brokers. The source said it used to be that counties had vastly different systems, some of which where manually recorded and had to be read through. Because of eased search strategies and accessibility, using databases has been seen by law enforcement and brokers as improving the industry and taking criminals off the streets.
Short Term Financing