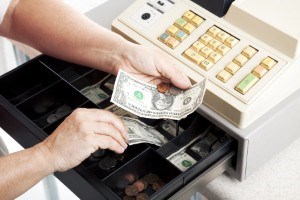 Many consumers have had trouble making ends meet since the start of the recession, a problem only made worse for some by the emergence of an unexpected expense, such as a medical or car repair bill. As such, many people have had to look to alternative financing when they could no longer qualify for a traditional bank loan. Short term lenders, such as pawn brokers, have come to the rescue of many of these people. Though the American economy is on its way toward recovery, many people continue to pursue this option when money gets tight. To deter criminals from cashing in as well, a number of brokers have begun using databases to record transactions. Leads Online a consideration
Database Leads Online has been used by these companies all over the country for this very reason, and is now being considered in Henry County, Virginia, according to the Martinsville Bulletin. The initial conversation about the possibility of using the online program was brought up by Sheriff Lane Perry, because it has greatly helped identify and recover items that have been stolen then pawned for cash at both traditional shops for scrap metal for cash enterprises. The newspaper said County Attorney George Lyle has already drawn up preliminary plans on how area brokers would use the database. They would enter identifying data about the person who brought the item, as well as the merchandise itself, updating the records daily and sharing them with local law enforcement. Cops can then check the database against their records for stolen property. The news source said discussions on passing the ordinance began October 23 at the meeting of the Henry County Board of Supervisors. Many other areas have used it to their success
Should Henry County adopt this strategy, it will not be alone in its efforts. For example, in Elgin, Illinois, many pawn brokers have been using Leads Online for some time now, according to the Chicago Tribune. In fact, the option has been so successful that local lawmakers are attempting to make use of the service mandatory for all pawn shops in the area. The source said that of the 23 pawn shops in the city, more than half already voluntarily opt to use the database, because of its benefits in finding criminals and lost items.
Short Term Financing