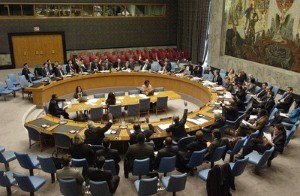 When facing a tough economic situation, many individuals turn to short term lenders for financial needs. These types of options, which include short term loans, can help people stay afloat when they are struggling to pay bills and an emergency arises.  Many pursue short term borrowing in particular, as they can borrow against the amount expected on their next paycheck and pay back the amount automatically. However, some lawmakers in various regions are looking to limit the options available to people who need fast cash. In Chesterfield County, Virginia, a local government department is planning a public forum to discuss a proposed law that would limit the amount of lenders that will be allowed in the area. Chesterfield residents consider new law According to the Richmond Times-Dispatch, the Planning Commission voted on August 21 to hold a public hearing on September 18 to talk to the public about the proposed financial regulation. The source said the suggested policy would limit the areas in which a number of financial organizations can operate, including check cashing companies, title lenders and short term loan businesses. Despite the proposed rules, not all lawmakers are against the industry. “These alternative financial institutions are an emerging land-use category – the economy has changes, business models have changed and, frankly, they do fulfill a niche in the market that traditional financial institutions are not fulfilling,” Planning Commission manager Carl Schlaudt told the Times-Dispatch. However, according to the source, the terms of the new regulation would limit the locations to areas outside of revitalization areas in the county, which include spaces near Virginia State University and close to major highways. A vote between the organization and the Board of Supervisors could make these rules null, the paper explained. Other areas considering zoning regulations as well Lawmakers in other areas often think about regulating zoning when it comes to where the storefront locations of short term lenders can operate. For example, The Daily Iowan recently reported the Iowa City City Council approved the first part of a potential law that would alter where these businesses can be located. The newspaper said adoption of the regulation would force lenders to abide by a rule that would ban them from operations within 1,000 feet of other businesses, churches, daycares and schools, a tactic many lawmakers use in zoning regulations.
Short Term Financing