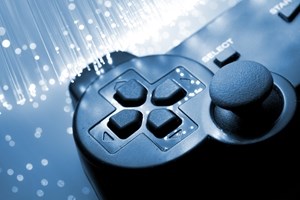 Alternative payment systems such as mobile devices are offering many consumers a more convenient and efficient way to make purchases over scrambling for their credit and debit cards.

The video game sector is one such group of individuals who have embraced mobile devices as a new type of wallet. According to Mobile Payments Today, a new white paper from WorldPlay found that the alternative payment method is favored by a majority of video gamers. The research, entitled "Video Games Payment Preferences," reported that in a survey of 7,554 customers this purchasing method is used by 51 percent of gamers versus the 46 percent who use traditional debit and credit cards.

Driving these payment methods was a preference for convenience and security. In fact, 72 percent of video gamers said they want to save payment details on their devices for future purchases, despite 62 percent worrying about the protection of their personal information.

"These preferences vary by geography, but increasingly consumers are choosing e-wallets to make purchases with the perception that this method is more secure, reliable and efficient than credit or debit cards," stated Colin Murray, vice president of video games at WorldPlay, cited by the news source.

Overall, the use of mobile payments is expected to rise in the coming years. According to a separate article from the source, with Apple inching closer to offering its own mobile purchasing system, the payment channel could soon be in widespread use.