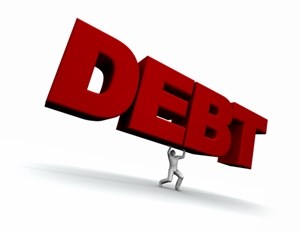 Collecting on overdue credit card bills isn't always as simple as calling debtors and asking for payment. While a number of factors can impact how effective debt collection efforts are, one of the more confusing issues is the varying statutes of limitations on credit card debt in the United States.

According to Credit Cards, one enduring problem is that there are vastly different standards for how long debt collection agencies can lawfully pursue credit card-related dues in court for every state. For instance, while collectors may have a six year window when dealing with overdue bills in South Dakota, they only have three years to do if the debt originates in Delaware. In addition, the source noted, credit providers often complicate this issue by demanding the laws of the state its headquarters are located in are applicable, rather than those of the state in which the debtor resides. This leads to confusion when consumers attempt to research whether debt collection agencies are following the law, as they may assume their own state's laws apply.

Additionally, some states have unclear expiration dates placed on credit card debt. The source reported that Kentucky's legal system specifies that the expiration date comes between five and 15 years from oral and written contracts, while Illinois claims credit debts can be pursued somewhere between five and 10 due to non-standard interpretations of the law. Because the definitions are not clear, debt collection agencies may find themselves at war with consumers over the legality of their actions, when in reality clearer standards for each state - or a universal one for the country - could have prevented the problems.

Why does debt expire?

The older the debt, the better the chance record keeping inaccuracies are present. According to the Federal Trade Commission (FTC), approximately 1 million Americans dispute debt collection calls, and this could be related to the practice of buying up older debts. When agencies purchase the rights to collect on older accounts, they often only receive minimal information about the debtor, and even less in terms of supporting documentation, the FTC noted. Statutes of limitation can be a way to help collection professionals from pursuing incorrectly-identified individuals. This saves companies and consumers time, money and headache.

"Over a period of time records disappear, witnesses disappear," consumer attorney John Longo explained to Credit Cards. "Once you have a claim, you can't just sit on it figuring the defendant won't be able to defend it."