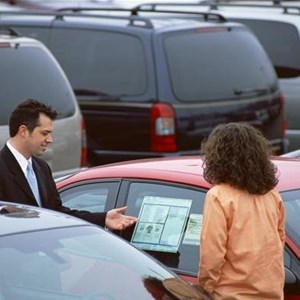 The used car industry was among the hardest hit by the Great Recession, but recent improvements in other segments of the economy have helped bolster revenues in the sector throughout the past several months. Additionally, used car dealerships are employing new financing methods to ensure all potential buyers get the credit they need to finalize purchases.

Several other factors, such as Hurricane Sandy which led many individuals to need new automobiles, have been cited as other drivers of revenue growth in the new and used car sectors. With more Americans returning to work, salaries increasing gradually and home values beginning to bounce back, used car dealerships should consider offering alternative financial services to maximize revenues in 2013.

Car values on the rise

Kiplinger's Money Power recently reported that several factors have led to increases in the average costs of purchasing a used car, including Hurricane Sandy which destroyed 250,000 cars in the affected regions. As a result of less new car sales directly following the Great Recession, there is a smaller variety of automobiles currently on the market, which is also boosting the values of used cars.

The source explained that several other factors are increasing the profitability of the used car industry, including higher travel rates that have come because of the economic recovery. This has helped transportation providers, car dealerships and hotels alike, as executives in these organizations have been able to increase prices and drive revenues.

According to the news provider, Edmunds.com chief economist Lacey Plache believes that consumers will be paying anywhere between $700 and $1,000 more on each used car purchase in coming months.

Capturing all potential sales
Many consumers cannot purchase automobiles when credit is inaccessible, as pure cash sales are a rarity in today's economy, especially when it comes to high-value items like new and used cars. Dealerships should consider offering competitive alternative lending options to customers, as this will increase revenues while improving reputation among consumers.

Auto industry financing has evolved dramatically throughout the past several years, and companies in this sector need to adapt policies and operations to ensure successful performances in 2013. By offering strong and preferable financing opportunities, used car dealerships can expect to see improvements in profit margins throughout the next several quarters.