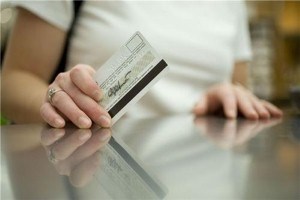 According to consumer credit reports by Equifax and Experian, the average consumer now owes more than $4,200 in credit card debt, and the burden of credit card debt for some households accounts for up to 17 percent of their total income. The San Francisco Chronicle recently put together a list of the five cities with the worst levels of credit card debt, according to the statistics. The average Dallas resident has accrued $4,936 in credit card debt - over 15 percent higher than the national average - which earns the city fifth place on the ranking. Additionally, it holds one of the lowest VantageScores in the country. The higher a city's VantageScore, the more likely its residents are to pay credit card bills on time and carry higher limits. The VantageScore model was created by the three largest credit reporting companies in the U.S.: Experian, Equifax and TransUnion. Honolulu ranks fourth, but despite its average debt of $4,939, its residents have credit ratings above the national average. This indicates that although Honolulu consumers are in debt, they are careful about how they are using their credit. According to credit experts, frivolous spending and economic desperation has led to Atlanta, Georgia citizens' high average balance. A surge in unemployment paired with the housing market collapse that hit the city hard has led to the average Atlanta resident owing $4,960. Four Florida cities - Tallahassee, Miami, Orlando and Jacksonville - ranked among the nation's top 25, with Jacksonville coming in as the second highest. The typical Jacksonville resident has a credit card debt of $5,115, as well as a below-average credit score. This is likely due to statewide unemployment and mortgage problems. The Texan city of San Antonio rounds out the list as America's most heavily indebted city. The average citizen's $5,177 in credit card debt is more than 20 percent above national figures. "While San Antonio has a lower unemployment rate and a more stable economy, our wage earners are at that mid to lower end," said Jeanie Wyatt, chief executive of the San Antonio-based advisory firm South Texas Money Management, as quoted by Financial Edge. "I would presume that lower-income individuals tend to have a higher percentage of credit card debt."
Alternative Consumer Credit Data