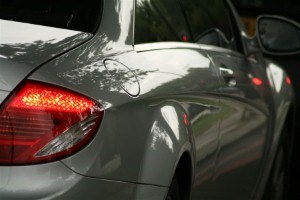 Since the beginning of the financial crisis in 2008, the auto industry has struggled to maintain revenues, and one of the greatest factors affecting car purchase has been the rising cost of fuel. For years, auto manufacturers focused on producing sport utility vehicles (SUVs), which boasted a 15 to 20 percent profit margin for the companies, compared to 3 percent or less for cars, noted Investopedia. Due to this decline, investing in the auto industry became seen as risky. Prior to the recession, however, investing in the industry was safe - General Motors, for example, was among the top 30 U.S. firms on the Dow Jones list from 1925 until filing for bankruptcy protection in 2009. "Amid the financial crisis, stock prices for all of the auto manufacturers plunged along with sales, jobs and reputation," the source noted. Recently, the industry has begun to experience a comeback. Volkswagen recently opened a new Tennessee-based plant, providing jobs to 2,000 people, the New Zealand Herald noted. Honda has also increased hiring, employing 1,000 people at its Indiana plant. General Motors is also following suit, aiming to hire 2,500 employees for its Detroit plant. The pace at which these firms are hiring is far greater than other U.S. industries, climbing 12 percent, from 623,000 employees to 700,000 this year. Additionally, firms are experiencing higher sales, the Herald noted. Furthermore, in Alabama, a plant that manufactures parts for Mercedes-Benz and Honda has seen parts jobs increase 15 percent. Kentucky, where both the Chevrolet Corvette and Toyota Camry hail from, has seen a similar lift in jobs. "GM, Ford and Chrysler are all making money for the first time since the mid-2000s and adding workers to build popular models like the revamped Ford Explorer," Dee-Ann Durbin wrote for the Herald. "Foreign companies, stung by the high cost of exporting cars to the US when the dollar is weak, are racing to build more products stateside." According to Investopedia, sales are also expected to lift this year between 12.5 and 13.5 million cars. While May 2011 demonstrated a slump in sales, it's the first since last August. June once again saw an increase in auto demand.
Auto Industry Financing