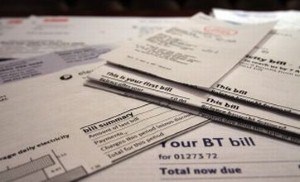 The recent spurt of retail sales has not overshadowed economists' view of the long-term health of the U.S. economy. In an interview with Xinhua, Nobel Prize-winning economist Robert Solow told the news source that deleveraging has been a common trend for companies and consumers alike for the past couple of years, and this trend could continue indefinitely until the overall economy regains its stability. While consumers have spent billions during the current holiday season on retail, once the rush of sales slows, consumers will have to continue climbing their way out of debt. According to Solow, the current deleveraging strategies entail a slow track and it may tack three to five years for U.S. households to regain balance. The U.S Federal Reserve reports that U.S. household assets stood at $57.4 trillion by the beginning of October 2011, a $2.7 trillion drop from the second quarter. As liabilities increase, so too do the amount of bills and debts Americans have to keep up with. In essence, an American that can only pay off a select amount of debts may ultimately accrue the amount of the rest of their debts, which would result in an endless cycle of debt. However, controlled spending can curb this, which is why the spending figures from this past holiday season may be surprising, but in the short-term, this type of spending will not be common outside the holiday season. "The U.S. economy has still not recovered from the recession, and we will not recover until there is a substantial increase in the demand for goods and services," Solow told Xinhua. "The natural reaction of U.S. households is to try to rebuild the wealth, and to do that by spending less and saving more." Debt collection agencies, knowledgeable of the unfortunate times at hand, still have the right to acquire what's rightfully theirs. If an individual fails to pay their debts, a debt collection agency or skip tracer can summons them to court. If they decide not to show up, they could end up in jail. That's exactly what happened to Robin Sanders of Illinois, who received a notice that his medical bills were unpaid and when he failed to show up for court. He was later pulled over by an officer for a moving violation, and after a background check revealed the pending warrant, the officer arrested him. Patience may be a virtue for the economy, but debt collection agencies don't always have the luxury of time.