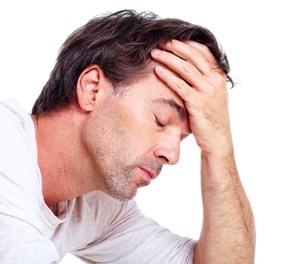 Since the Great Recession took hold in 2008, many people worldwide have seen their consumer credit scores take a major hit. Consumers who let their credit card balances roll over month-to-month, fail to settle medical bills, decide not to pay off their student loan accounts and other actions likely know that their ranking is going to start falling.

However, because of the economic states in many countries, a number of people who saw their scores deplete really had no other choice. They had to make ends meet in the face of layoffs, inflation and other detrimental situations, and many times, something had to give.

There are also other factors that can contribute to a lower score that aren't immediately obvious. People can easily do damage to their scores without knowing until they either try to open a new line of credit and can't or check their consumer credit report.

Short term lenders might want to be aware of this situation so that they can consider other scoring models that might paint a better picture of borrowers' financial situations if need be.

If terms go up or a credit card just simply isn't used anymore, consumers often don't think before they close out this account. That way, there's no more temptation and it can mitigate risk if their wallet is stolen or finances are otherwise tapped into illegally.

That being said, there's actually a different kind of risk present when people close down their credit cards.

Smartcredit.com President of Consumer Education John Ulzheimer told Komo News that if the credit card has a high limit, just the simple act of closing it out can lower a credit score immediately. Many credit bureaus aim to see high amounts of unused credit on consumer reports and will reward this with score boosts, something that would be taken away otherwise.

"By closing a credit card, you essentially take that limit out of the measurement equation. It can actually backfire," Ulzheimer noted.

He said that sometimes closing accounts is beneficial, but people should probably avoid doing this before applying for a new loan.

Acting as a cosigner
If a family or close friend asks someone to be a cosigner on a loan, that individual really has to think before they say yes, because the results could be disastrous.

While Credit.com reported that simply signing doesn't have any immediate effect on a credit score. That being said, if the account has a lot of debt against it or goes into default, the cosigners' creditworthiness could easily fall.

Plus, the news source explained that if the individual acting as the primary signer stops making payments on loans, the cosigner would then likely be held legally responsible for paying off the rest of the debt. Otherwise, their credit score is going to be severely damaged.

Missing utilities payment should be avoided at all costs
It might be good for lenders and credit bureaus to advise their clients that even if something has to give, individuals should make sure they don't miss payments on utilities accounts. This way, they can ensure that they always have lines of credit available to them even if their traditional credit score is poor.

A lot of short term lenders are considering other credit scores when they review borrowing applications, as they can often create a more robust financial profile of the individual in question. The Payment Reporting Builds Credit scoring model, in particular, is increasing in popularity. Leaders at lending companies using this ranking system take into account a borrower's history of paying off utilities accounts on time.