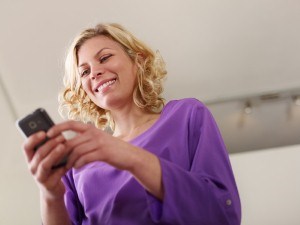 Largely because of the fees and minimum balance requirements many banks comman their account holders maintain, a large sector of the population choose not to use traditional financial institutions. These are the people who keep alternative finance companies flourishing. Short term lending companies may have to consider advertising campaigns or offer new features or benefits on their loans, as traditional banks are trying to woo their loyal customers. Mobile underbanked targeted According to TheFinancialBrand.com, those who do not use a bank often are traditionally heavy smartphone users. As such, tools like remote deposit and P2P money transfers may be of some interest to them. A recent Javelin Strategy and Research study found 10 million Americans do not store their money in a bank at all, which represents about 4.3 percent of the country's population. Additionally, 15 percent of citizens are underbanked, or do not have a lucrative financial relationship. Forty-one percent of the underbanked often use mobile tools to check their savings accounts or prepaid cards, the survey revealed. As such, the report noted, bankers may be able to advertise to the underbanked that they can use mobile devices to complete other financial transactions, and carry them away from the influence of short term lenders. Should these individuals choose to become banked, they may not go to their favorite lender anymore, instead relying on traditional borrowing options. Alternative lenders could consider offering mobile tools of their own, such as money transfers or mobile loan applications that can be filled out and sent in for review using an internet-enabled phone. Banks also offering loans Financial institutions are also targeting consumers who go to lenders for short term loans because they would not qualify due to dismal credit. While many banks used to turn away individuals with low credit scores, branches and credit unions are starting to offer the borrowing options to generate more revenue. The Huffington Post reported many traditional banks are now offering short term loans to their patrons, though this practice is being investigated by the Federal Deposit Insurance Corporation. The source said many major banks, like Wells Fargo, US Bank and Regions, are choosing to offer the solution in areas where short term lending has been restricted. Banks have seen a dip in revenue because of overdraft fee limits and other regulations features. As such, the Huffington Post explained, many companies will now give out loans to those who would not have qualified in the past, in part because of the wide-scale success of the short term lending community.
Alternative Consumer Credit Data