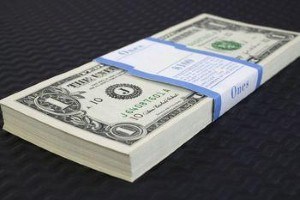 There is a sizable population of individuals who decide not to use traditional financial institutions to store their money. This occurs for a variety of reasons - perhaps they do not live near a bank, don't have a steady stream of income with which they can contend with various fees or maybe it's just personal preference. Regardless of the motivation, this population of the unbanked is on the rise, according to recent research. Banks are feeling the pressure of less income, though growth could prove positive for certain sectors, like short term lenders. Those who don't use banks tend to employ alternative financial services for their monetary and credit needs. FDIC finds more are straying away from banksRecent research from the Federal Deposit Insurance Corporation (FDIC) found more and more people are pulling their cash out of traditional accounts and holding onto it themselves. The 2012 FDIC National Survey of Unbanked and Underbanked Households revealed 28.3 percent of American households are considered either under or unbanked. Of this number, 8.2 percent are totally unbanked, representing 10 million families or 17 million adults. The number of unbanked families is increasing, as the population has risen by 0.6 percent since the previous survey. This means that since the FDIC first began polling Americans about their banking habits, 821,000 households have stopped using financial institutions. The survey suggested that because of their lack of access to financial services, many of these people turn to short term lending companies like pawn shops, short term lenders and title loan businesses. In the previous 12 months, 23.3 percent of households invested in these types of borrowing options. Larger population good for lenders
The more people are under and unbanked, the more they will start considering alternative lenders, many industry insiders believe. Because they don't have traditional services and lines of credit open to them, they often employ other businesses. The recently released Short term Lending in America series by Pew Charitable Trusts found that the number of people using short term loans is also on the rise. Approximately 5.5 percent of the population uses short term loans on a regular basis, representing around 12 million people. These individuals spend about $7.4 billion on the services annually. Lenders should consider marketing to the under and unbanked populations. These companies can offer fast cash and start building credit for those who would not be able to use these types of services otherwise.
Alternative Consumer Credit Data