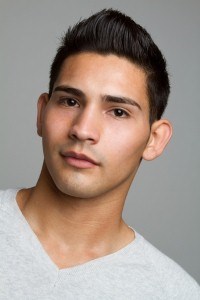 According to the U.S. Census Bureau, the Hispanic population in Florida increased by 57 percent to 4.2 million people between 2000 to 2010, the Orlando Sentinel reports. Many of these citizens are unbanked, and must rely on check-cashing stores, money transfer services, short term lenders and pawn shops as alternative ways to send and receive funds. In fact, Florida ranks fourth in the nation in terms of unbanked money circulating within its economy, with a total of approximately $9 billion in household wealth - $2 billion of which belongs to the Hispanic population. In addition, the news source reports that 7.6 percent of all households in Orlando are unbanked, second in the state to the Miami-Fort Lauderdale-West Palm Beach metro area, according to a University of Virginia study. Yet because of recent state reforms, some banks may stop offering free checking, which could drive more of the unbanked population away. "I'd suggest that more and more people will look at that and say maybe having a checking account just isn't worth it to them," Stanley Smith, banking and finance professor at the University of Central Florida, told the news source. "So I would expect the number of unbanked will go up as a result." The rising unemployment rate and floundering economy has benefitted the bottom line of "desperation" industries such as short term lenders and debt collectors. According to the Chicago Sun-Times, many companies have experienced profit during the recession. Alternative banking service provider EZCorp saw its profits increase by 46 percent annually over the past five years. In addition, short term lenders Advance America Cash Advance Centers and Rival Cash America International both saw stock jumps this past year, of 50 percent and 64 percent, respectively. Also, debt collector Encore Capital Group increased profits by nearly 50 percent in 2010, despite being the subject of multiple class-action lawsuits over its questionable collection practices. Many immigrants who come to America tend to feel more comfortable with these non-bank entities. "We have so many people from Central and South America who turn to what we call 'shadow banking' for things like wiring money back home to their families," Miami-based banking consultant Kenneth H. Thomas told the Sentinel. "They could go to a bank but don't really feel comfortable there. So the unbanked market is much bigger than it should be, and the banks have their work cut out for them."
Short Term Financing