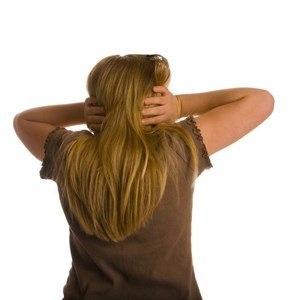 Plenty of people have no idea what their consumer credit scores are. However, in an era when consumers worldwide can have free access to these figures at least once per year, there is no real reason why individuals shouldn't be aware of their financial standing.

This is especially important in the wake of the Great Recession. These troubles sent the finances of many around the globe into a tailspin due to things like missed medical bill payments, defaulting on student loans and other detrimental decisions.

So, many experts think that before attempting to open a new line of credit, individuals should check their scores to judge whether or not they are in good standing or need to start worrying. Even then, luckily, consumers in the United Kingdom do have other options at their disposal if the results are less than optimal.

This advice might be more geared toward women, as a recent study revealed that British females largely don't know what their credit scores are. Research from credit card company Aqua found that more than half of all women in the U.K. have never looked at their scores.

This might be surprising, as 69 percent of the ladies polled said that they have been denied new lines of credit at least once, but still failed to investigate the situation. In any case, 13 percent of British women aren't sure about how they can go about checking the figures. The disparities between men and women in these matters were significant, the company found.

"Simply burying your head in the sand is almost a recipe for only being able to get very high interest products," an anonymous Aqua spokesperson explained.

But there is hope
While many experts agree that everyone should be aware of their scores, even if the results aren't optimal, British consumers do still have options for accessing credit.

Alternative lenders can be advantageous during tough financial times, especially when people have less than perfect credit scores. Many of these enterprises don't use traditional models to determine whether or not an individual will be approved for a loan, instead depending on one of the hundreds of other scoring methods. These systems allow lenders to create more comprehensive financial profiles of would-be borrowers and therefore might be safer for consumers and businesses alike.