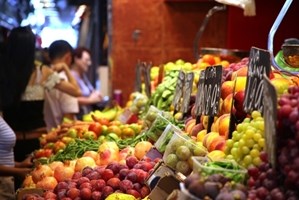 While contactless payments have emerged as a popular alternate credit method for consumers in the United States, other regions have been slower to adopt the point-of-sale technology.

However, recently, United Kingdom grocer Lidl announced that it is rolling out mobile purchasing options to all 600 of its stores, CIO Magazine reported. The program was initially piloted in February, with more than 65,000 transactions being processed within the first two weeks, prompting the grocer to implement the technology in July.

"We decided to implement contactless in order to speed up payments and reduce queuing time," said Georgina O'Donnell, a Lidl spokesperson, according to the source. "We were also responding to consumer demand to move with the times and offer a wider range of payment acceptance options."

Some U.K. grocers are going even further and entering the ecommerce realm to retain retail customers. The Co-op recently announced a plan to launch an online grocery segment, Retail Week explained. The project will begin with a series of trials through the end of December, before the company reevaluates and decides whether to pursue this mode of grocery shopping.