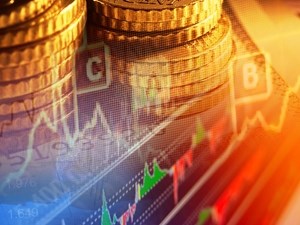 After a recession, it's up to everyone in a nation to band together and strive for new growth. Jobs have to become available, prices and inflation must be driven down and more consumers need to get back to previous purchasing tendencies. This tends to take some time, and this is certainly the case in the United Kingdom following the global economic downfall that spread across the world several years ago.

As many British consumers know, growth is coming, only it's moving relatively slowly. More recently, however, significant strides have been made to re-establish the British national economy as one of the major players across the globe, thanks in large part to the actions of shoppers.

According to Left Foot Forward, the growth is largely being driven by consumer credit. Individuals are starting to become comfortable with taking on debt in order to make purchases. While this might seem counter-intuitive, the fact is that it is essential to strong financial situations. Consider it this way - individuals aren't often approved for loans unless lenders are confident that they will be able to pay back the sum, as well as fees and interest. So, the trend suggests that household finances are becoming stronger and stronger.

That being said, the source also reported that the national economy is being rebuilt on a shaky foundation. If another bubble were to emerge, parts of the fiscal landscape could once again falter.

In fact, a representative of Standard & Poor's was quoted by Left Foot Forward as stating that some of the most recent financial statistics suggest the economy won't "be able to maintain its current strong pace for much longer."

As such, people should start considering looking to alternative finance. Say that as the economy is becoming stronger now, individuals start making large purchases, then the economy falters and some households face unexpected expenses. If they can't make ends meet, something like short term loans is going to be very handy to keep people's heads above water.