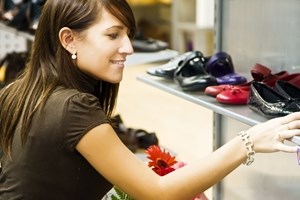 Consumers in the United Kingdom have received their share of bad news in recent months. Fortunately, GfK's U.K. Consumer Confidence Index for March reported a little bit of positivity - many people's situations appear to be steadying.

"What we are seeing now looks more like the new normal than a temporary boost," said Nick Moon, managing director of social research at GfK. "The Index is still extremely low in historical terms but even a small rise, when sustained as this one has been, should be considered good news."

The overall consumer index remained steady at 26 points, indicating that U.K. residents are adjusting to the conditions. But for a lot of consumers and families, this "new normal" represents an unacceptable form of living. A separate study from MoneySupermarket.com revealed that the economic conditions have led to everyday struggles like:

- Not being able to keep the heat on

- Eliminating other expenditures, both on luxuries and necessities

Without the benefit of many traditional financing options, what options do U.K. residents have? For one thing, they would be wise to research the choices offered by alternative short term lenders.

These companies use different scoring methods such as Payment Reporting Builds Credit, making it easier for even subprime consumers to receive funding. Along with added flexibility, consumers will no longer have trouble paying for bills and other necessities.