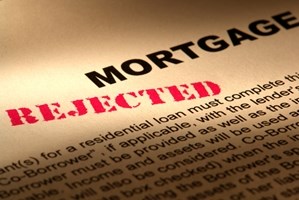 After a period of troubling financial times, it makes sense that some banks are hesitant to reopen their doors to borrowers. Following a tumultuous situation, many people might need more access to open lines of credit to get back on their feet. During these instances, a lot of individuals let certain expenses like student loans, car payments and mortgages get behind.

But this is exactly why in the wake of an economic downturn, banks and traditional lenders tend to be hesitant to lend to anyone who's not a sure thing. That's the case in the United Kingdom, as well as many other nations across the globe, following the worldwide recession.

In the U.K., though, banks have been known to eschew any and all subprime borrowers in the past few years, despite the fact that the national economy is definitely picking back up and has all but stabilized now. Consumers and many lawmakers have been critical of these decisions and are lobbying for banking leaders to loosen their purse strings. One of the largest focuses of these groups is The Bank of England (BOE), which has been notable for restricting its lending.

However, many factors would suggest that soon enough, that will no longer be the case, as some believe that regulations will become slightly more relaxed.

According to Reuters, in the future when the BOE decides to make significant changes to its lending tactics, like tightening interest rates and other elements, leaders have vowed to take household debt into consideration beforehand. That being said, BOE Policymaker David Miles explained that those with a massive amount of hardship probably will continue to be avoided.

The news source said that these statements emerged after a report was published that revealed that if benchmark interest rates on bank loans rose one-fifth of British consumers would struggle to pay their mortgage and credit card expenses. Currently, the lending landscape at large financial institutions is agreeable, Reuters detailed, as the main interest rate at the BOE stands at a record low of 0.5 percent.

The situation still isn't perfect though - many consumers continue to find it hard to contend with other costs that banks are levying at borrowers. The Telegraph reported that the price simply to borrow over 10 years has surged recently, and are now at the highest levels they've seen since October 2011. The source also noted that many economies are going through this sort of scenario, including Germany and the United States.

Close but no cigar
The reality of the situation is that The Bank of England isn't slated to magically make significant changes to its borrowing policies overnight, nor is it likely to open doors to consumers with subprime credit scores. Some people, perhaps because they made questionable though necessary decisions during the recession, still don't look credit worthy on paper.

However, it's important that these individuals know that they still have options. Alternative finance companies like short term lenders don't always subscribe to the same regulations that more traditional fiscal institutions follow. This means that though a normal consumer credit score might be damaging under many circumstances, some lenders will use different strategies.

There's the Payment Reporting Builds Credit score, for instance. Short term lenders that use this scoring model take into account a potential borrower's positive history of making timely payments on utilities accounts. This can not only provide a more comprehensive look at a person's creditworthiness, but it can also allow companies to open their doors to more business.