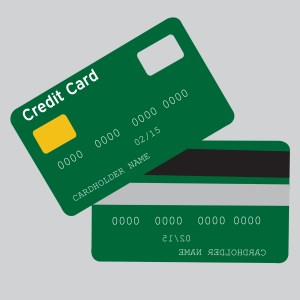 New technology has changed the marketplace dramatically in recent years, especially electronic payments. More businesses continue to adopt advanced payment systems, while ACH cards and other wire transfers have become commonplace in many industries across the world. Prepaid cards have also been increasingly popular in the marketplace, as this form of plastic has proven to be an invaluable resource for reaching new demographics, especially the unbanked and underbanked. Now, businesses are teaming up with banks to create comprehensive strategies for boosting sales and efficiency. Wal-Mart and American Express launch initiative
Fox Business recently reported that Wal-Mart and American Express entered a joint venture involving mobile payments and prepaid card offerings. According to the source, the two organizations said that this new project will serve those consumers without bank accounts with alternative financial services. The project involves a card which the businesses named Bluebird, and is specifically targets lower-income populations. The card will work much like a traditional bank account in that users can load money through direct deposit from their payrolls. Further, the system is more advanced, as prepaid card holders can load the plastic via remote check capture through personal mobile devices. "Bluebird is our solution to help consumers who currently may be poorly served by traditional banking products," Dan Schulman of American Express explained to Fox Business. "In an era where it is increasingly 'expensive to be poor,' we have worked with Walmart to create a financial services product that rights many of the wrongs that plague the market today." Finally, Bluebird will work much like a debit card, as users can withdraw funds from any American Express kiosk without experiencing fees, the news provider added. This prepaid card and electronic payment initiative is yet another example of major organizations trying to reach the under and unbanked populations in the United States. Studies prove similar initiatives work
The Federal Deposit Insurance Corporation (FDIC) reported earlier this year that in 2011, 8.2 percent of all U.S. households were unbanked, representing roughly 10 million families. Further, more than 20 percent of the U.S. population has been dubbed as underbanked, representing 24 million families that do not have traditional bank accounts. The FDIC noted that these numbers have increased since 2009, while alternative financial services have been on the rise as well. Many studies have shown that electronic payments and prepaid cards are two of the best methods of reaching the under and unbanked populations, as the services have become some of the most preferred alternative finance products.
Alternative Consumer Credit Data