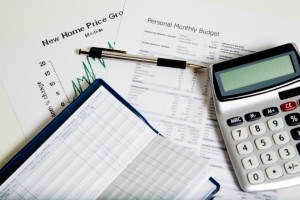 Many of those in the short term lending industry chose to offer short term loans. This alternative finance option allows company owners to obtain a large amount of revenue because of the popularity of the loans, as well as the interest rate and fees that are necessary to run the business. As such, Native American lenders at California's Picayune Rancheria of the Chukchansi Indians have decided to leverage the borrowing option to tribe members who need fast cash. The tribe has been going through troubled economic times and hopes to restructure debt using revenue garnered from the loans. Tribe offering short term loans to members According to the Fresno Bee, the Chukchansi-owned Blue King subsidiary will be offering loans consumers can take out using by their next paycheck as collateral, motivated by the fact the industry generates $52 billion each year. The Chukchansi saw a decrease in sales from gaming by 7 percent between 2008 and 2010 and amassed a large amount of debt as a result, according to the paper. The tribe decided to create an online short term lending business to make up for the loss. Allen Parker, a California consultant, told the Fresno Bee the Chukchansi tribe is among approximately three dozen other Native American groups that have decided to offer members this alternative cash option. Parker noted many tribes have suffered financially as a result of the 2008 recession and are using the loans to boost their economy. Lucrative business for lenders While many who have borrowed have expressed the benefits of being able to obtain fast cash despite having a poor credit history, making the move to offer the short term loans is also advantageous for the lenders. The Fresno Bee explained lenders can not only realize increased revenue but can benefit from job creation as well, noting that the Chippewa Cree tribe should be adding 50 jobs by 2013, which will improve the group's 70 percent unemployment rate. According to the latest survey by the Community Financial Services Association of America, the short term loan industry contributes approximately $10 billion to the U.S. economy annually, while the sector can be credited with directly employing 155,000 Americans and has influenced the creation of around 28,000 positions in supplier industries. The study noted short term lenders contribute $2.1 billion in wages for both employees of lending companies and suppliers.
Short Term Financing