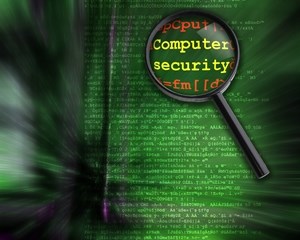 The digital landscape has been an exciting one for business leaders, as many continue to migrate more systems and processes, including those related to accounts payable and receivable, into electronic environments. ACH cards, wire transfers and a wealth of other payment processing technology have become far more popular in the past several years, especially as it is capable of driving down certain labor and equipment maintenance costs for the average business.

However, companies need to remember that data breach is one of the most weighty and challenging threats to corporate continuity around today, and that hackers are targeting wire-based payment transfers and ACH accounts with intensifying frequency. As such, security and oversight should be the two focal points of any new ACH and wire accounts payable and receivable pursuits.

Even one breach can lead to severe issues for any company, while some of the most simplistic methods of protecting systems and data are often the most effective. Firewalls, general security awareness training, data security software and network monitoring tools have all been found to dramatically reduce the risk of all types of breaches, and should be used especially when a new electronic payment processing system is put in place.

Gatepoint Research recently released the results of a survey of North American commercial bank operators and anti-fraud professionals commissioned by ACI Worldwide. The firm sought to discover trends in data, ACH and wire security practices among financial service providers, and found that a growing majority of entities are actually beginning to use effective protections.

The "Strategies to Prevent Attacks on Commercial Accounts" survey revealed that 40 percent of financial executives who responded had experienced at least one attempted instance of wire or ACH fraud that was not successful. Of the 100 participants, 14 percent stated that their firms had fallen victim to a successful attack on their systems.

Gatepoint Research noted that it only surveyed 100 individuals, which is a relatively small sample size. This could be one of the reasons why the figures do not line up with other studies, especially as several researchers have found that a much larger percentage of financial services firms have been impacts by an instance of ACH or wire fraud.

However, there was still cause for hope, as the survey revealed that 84 percent of North American banks are now using device protection tools, and nearly 90 percent of those in the rest of the world is using transaction monitoring technology. These are much higher figures than recorded by other studies in recent years.

"As electronic payment transaction volumes increase, so too do fraud attacks on those transactions," Mike Braatz of ACI Worldwide explained. "Financial institutions are faced with not only increasing scrutiny and regulatory pressures, but also the risk of reputational damage and loss of customers, which is why they're working tirelessly on preventative measures."

Notably, Gatepoint Research also found that layered security protocols were viewed by respondents as the most effective defenses against breach.

Get serious or risk the consequences
Businesses in all industries, including those well outside the financial services sector, need to ensure that they are keeping payment information and transfers secure from threats. Even one instance of identity theft that follows a data breach or hacked wire account can lead to significant financial strain.

One of the best ways to ensure that systems are protected against attacks is to maintain significant and expert oversight of accounts payable and receivable. Although ACH and wire transfers are increasingly automated, a trustworthy, human eye is still needed to maintain consistent and effective security performances in this area.