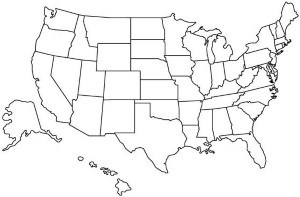 A top 10 list was recently released ranking states on which were most likely to be scammed, based on numbers from the Federal Trade Commission. Mainstreet.com, a financial website, released the list of most scammed states in the country, based on 2009 data from the FTC. The top area on the list was Washington, D.C., followed by Nevada, Colorado, Maryland, Florida, Arizona, Oregon, Washington, Delaware and California, respectively. The head of one company said that identity theft continued to plague communities from coast to coast and that people needed to be careful about how they gave out personal information, especially when it came to their kids. "Children have social security numbers. Identity thieves know this," said Tami Nealy, who works for an identity theft prevention company. "They know that they can go out and get that information and take advantage of it for a longer period of time. Because until that child goes out and applies for a student loan, applies for a credit card, their true address and their true information won't show up to the credit bureaus or to the collection agencies that are going to be looking for them if the bad guys go out and open a new line of credit, or do something in their name." According to the Bureau of Justice Statistics, there have been nearly 12 million identity theft victims since 2008. The government agency found that people have lost more than $17 billion as a result.
ID Verification