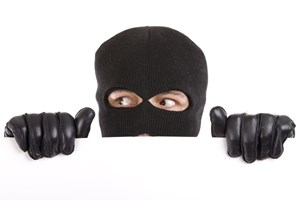 Though it's not pleasant to think about, there are plenty of thieves who are always hoping to scam innocent individuals out of their hard-earned cash. They use stealth and take extreme measures to fool people into either giving their money to fraudsters or unknowingly making their computers vulnerable to attack. Then, many robbers attempt to find sensitive personal and/or financial information to steal the identity of the victim.

But who are these people? When you picture these types of criminals, it's easy to envision a stranger lurking in the shadows and using his or her computer as a virtual shield. But, as many people find out, that's certainly not always the truth.

In fact, a number of women in the United Kingdom recently realized that thieves can even take the form of a potential love interest. The most recent rash of identity theft occurring in the nation also served to shed a negative light on a legitimate industry.

According to The Daily Mail, James Whitehouse used a dating website to meet women, and after stating a relationship with them, he eventually stole their identities in order to get money to feed his gambling addiction. The news source reported that Whitehouse victimised four different women in all.

The kicker is the fact that in October 2012, he was caught after one woman had to declare bankruptcy, but the charges did not stick. Instead, he was finally jailed this past October after admitting to four counts of fraud. The newspaper stated that he arranged vacations with his "girlfriends," secured their bank information under the guide of repaying them and then proceeded to drain their accounts.

Whitehouse did a lot of damage - his victims had not only been fooled into thinking they were in love, but they were swindled out of money and subsequently contacted by debt collectors as their consumer credit scores took a tumble.

Adverse effects on lenders
The women weren't the only individuals Whitehouse was able to scam. In fact, The Daily Mail reported that Whitehouse took out short term loans from a number of lending companies using the identities of the victims.

The news source said that some of the women were further affected financially when the businesses required them to pay the loans back. This, however, made sense in a corporate sense - as then the company would also lose out on the money it is owed. No one wins in this situation, so how can short term lenders act as the first line of defense in situations like this?

Better verification standards needed
While the majority of businesses in the industry follow best practices and protect clients from criminals at all costs, sometimes particularly stealthy thieves slip through the cracks. This recent example might be motivation for lenders to look into their current ID verification strategies.

There are a number of programs available on the market that allow employees within short term lending companies to check the information provided by applicants against government records. For instance, Microbilt's ID Verify solution is just one that allows lenders to match up information provided to the official files, like drivers' license numbers, birth and death records, to name but a few.

This can help short term lenders stop criminals in their tracks and allow them to avoid calling negative press to the industry. Without solutions like these, thieves may continue victimising innocent people and bring many legal troubles to the sector.