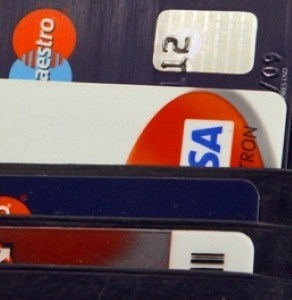 In the current tough job market, competition is fierce and rumors abound about employers running credit checks as part of the pre-employment screening process. However, there are many misconceptions about this practice, according to Fox Business. Unlike lenders, who place strong emphasis on consumer credit reports, employers take a longer view of candidates' credit pasts. A recent study by the Society of Human Resource Management found that most organizations focus on a period of four to seven years. Although they don't check credit scores, employers can access comprehensive background reports that list details about insurance, legal activity and past employment. However, a less-than-stellar credit report will not immediately disqualify a candidate from any further consideration. "One blemish won't disqualify you," said credit reporting expert Sonya Smith-Valentine, as quoted by the news source. "Employers aren't expecting it to be 100 percent perfect." From an employer standpoint, the worst things for a worker to have on his or her credit report are late bill-paying, large debts and debt-related lawsuits. These are signs of poor judgment and decision-making, and financial duress can make employees more likely to steal. According to Smith-Valentine, companies pull credit reports to protect themselves rather than discriminate against prospective employees - something the Human Resource Management survey also illustrates. Respondents reported that their main reasons for conducting credit checks were to offset theft and embezzlement, and to reduce liability for negligent hiring. "Employees of our foundation are representatives of our founders, and we each have a fiduciary responsibility," Ty Ann Osborn, director of human resources for the Michael and Susan Dell Foundation, told the news source. "I'd rather be in the position of not hiring someone because of what I found than having to explain why I did, and they did something wrong." A total of 87 percent of organizations indicated that under certain circumstances, they will allow job candidates a chance to explain information on their credit reports. Legitimate excuses are usually taken into consideration. The Equal Employment for All Act - a bill currently in Congress - would amend the Fair Credit Reporting Act in order to limit employers' rights to check credit reports. A national amendment was proposed after 22 states and the District of Columbia enacted legislation to limit the use of credit information in employment decisions since 2007, according to credit news and advice site CreditCards.com.
Background Screening