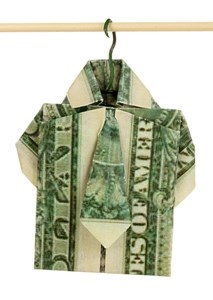 The population of unbanked and underbanked households has continued to rise in the United States throughout the past several years. A confluence of factors has bolstered the dramatic shift away from traditional finance, such as checking and credit card accounts, and toward alternative financial services, both for day-to-day spending and long term borrowing.

Businesses can capitalize on the popularity of new payment methods such as prepaid cards by launching unique strategies and offering products directly to these households. Additionally, prepaid cards are becoming especially popular among underbanked and unbanked individuals because of competition in the market that has led to more favorable rates and terms.

Now, more studies continue to indicate that unbanked and underbanked households represent a market that is ripe for the picking for businesses of all kinds, especially as the populations of these households rise. What's more, regulators are beginning to advocate for progressive methods to track the behaviors of these populations and get them more involved in the economy.

The Birmingham Business Journal recently reported that a new study from www.GoBankingRates.com has revealed the profitability of the unbanked and underbanked populations. Though financial institutions have largely given up on reaching these consumers, it has become clear that they can improve revenues in unique ways compared with other households.

According to the news provider, studies have shown that unbanked and underbanked households tend to also be low-income, earning roughly $15,000 annually and spending more than $400 less than a family that brings in $60,000 per year. For obvious reasons, banks have overlooked these markets because they do not see them as worthwhile.

However, the source explained that representatives from GoBankingRates researched these markets and found that a long term commitment to reaching the underbanked and unbanked will actually be more profitable, especially as the volumes of these households are expected to balloon in the coming years.

"There is a lot of potential in serving the unbanked," editor Jennifer Calonia explained, according to the Birmingham Business Journal. "The problem is that most banks aren't interested in low-income markets, and they are currently unwilling to look at the unbanked as a long-term, communal partnership."

Though bigger banks continue to avoid these populations, the news provider noted that smaller financial institutions are becoming more active in the fight to bring them into the banking system. As of June 2011, the Federal Deposit Insurance Corporation estimated that 8.2 percent of U.S. households are unbanked and 20.1 percent are underbanked.

This translates to a combined 34 million households that are not currently in the nation's financial system, and that number will continue to rise for years to come. Not only would banks and businesses be capitalizing on expanding markets by serving these types of households, but they would also help minimize several alternative risks in the process.

Unbanked, underbanked to experience issues
Vanderbilt University recently reported that advocacy groups and experts are beginning to fear that the unbanked population will not be able to acquire good health insurance in the coming years, despite the Affordable Care Act and other legislation. According to the source, a report found that some health insurers are demanding that customers use checking accounts to pay their bills, while an estimated 27 percent of those eligible for the medical care do not have such accounts.

The authors of the study asserted that the language contained in the ACA makes these demands legal, though changes should be made to ensure that low-income households can still acquire medical services despite being unbanked.

Prepaid cards and a variety of alternative financial services, including alternative credit scores, could potentially help these populations avoid such issues in the future.