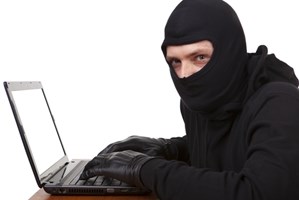 Automated electronic payments continue to become more popular among a variety of organizations, especially those in the financial and retail sectors. New technology has helped take some of the burden off of small business owners, corporate executives and accounts payable and receivable managers, though security remains a major issue.

ACH cards are starting to be a preferred means of payroll services for companies in virtually all industries, and as popularity continues to rise, wire fraud occurrences are experiencing similar growth. Businesses need to ensure that accounts payable and receivable are properly overseen and managed, and that all payment processing activities are secured from wire fraud threats.

No stopping the rise

Inside Counsel Magazine recently reported that several studies released in the past several months have shown a massive increase in wire fraud. One of the biggest instances of wire fraud struck a major banking system, and led to even more issues for that organization following the loss of especially sensitive information.

While the banking sector has been viewed as the most at risk by researchers, retailers and virtually any company that handles sensitive information are not safe from hackers and fraudsters. According to the news provider, one expert, Mark Tibergien, referred to ACH and wire fraud as an epidemic that is currently raging out of control.

Small businesses have been especially scrutinized for not having the proper security protocols and solutions in place, though it would be hard to compare losses from these firms to those of major enterprises. The source cited several recent cyber attacks that targeted wire and ACH accounts, one of which led to losses of hundreds of millions of dollars from a major hedge fund.

Another attack, which targeted several corporations and the U.S. Department of Defense, led to $15 million in losses. The hackers were caught and brought to justice, though the money they stole is still yet to be returned.

Oversight and software
Organizations can improve their defenses against ACH and wire fraud by taking a comprehensive approach to accounts payable and receivable security. First, all employees should be trained in the best practices of file transfers and data security. Then, businesses should ensure that the most effective security software, including firewalls, is in place.

Finally, and most importantly, oversight practices need to remain in place despite the automation of payment processing activities. By keeping a regular oversight routine, businesses will be able to minimize the risk of long-term fraud.