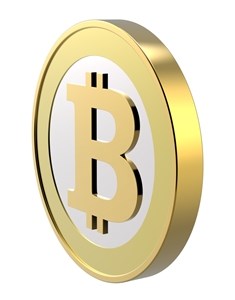 The problem with any form of alternative credit or payment method such as an ACH card is whether or not anyone will actually use it. The United State has had trouble introducing dollar coins to regular usage. The government has tried popularizing their use, as their durability theoretically makes them less expensive than the cost of replacing dollar bills, but they remain a little-used form of currency.

Even when an acceptable, government-backed form of currency fails to catch on, other types of payment can run into even greater difficulty in receiving widespread appeal. One recent example is Google Wallet, which Bloomberg Businessweek noted was downloaded fewer than 10 million times in the past two years. That may seem like a significant number of downloads, but Google has invested $300 million into developing the app.

A business-focused Android tablet originally slated for use with Wallet was abandoned, and the company is deciding on whether it should proceed with producing a Wallet credit card. Additionally, most users cannot use the app - Verizon Wireless, AT&T and T-Mobile USA all block Wallet on their phones, Businessweek reported.

Unlike other forms of electronic payment, such as PayPal, Google is not attempting to profit off of Wallet transactions. Google's payments to associated credit card companies actually causes it to lose money on every purchase. As most of Google's business model is advertising-based, Wallet is meant to collect consumer data and shopping habits to improve ad targeting.

Considering the problems Google has faced with Wallet, it could cease supporting it. However, Jason Gardner, CEO of loyalty-card startup Marqeta, told Businessweek that the amount of data at the point of sale in a brick-and-mortar shop "is so significant that they're not going to throw in the towel."

More than a bit of coin
The other alternative form of currency headlining some news sites is Bitcoin. While it isn't struggling as much as Google to find an audience, its future is still uncertain. Fluctuations in its value have made it appear to be a lucrative investment one day, and then less valuable the next. As sources such as International Business Times have recently noted, Bitcoin's worth has undergone hundred-dollar shifts in short spans of time.

A separate article from Bloomberg Businessweek recently reported on an open-air Bitcoin trading floor that operates in New York. Based on the source's finding, Bitcoins may just be a fad that will be worthless in five years. It noted that only three groups are currently interested in the currency: libertarians supporting it for political reasons, computer savants fascinated with its encryption mechanism and investors involved in the trading and profit Bitcoin currently encourages.

The source suggested that Bitcoin may have a future if it attracts the attention of venture capitalists and if the currency becomes regulated by the government. Should it become an acceptable trading currency, the source said it may flourish. This change could alienate some of Bitcoin's enthusiasts, but would grant it a level of support and legitimacy that some critics believe Bitcoin currently lacks.

Regardless of whether Bitcoin remains viable in the future, Businessweek pointed out that it is unlikely to ever be used in everyday commerce. The amount of effort involved in obtaining and spending the currency is fairly extensive: The Bloomberg reporter explained that he needed to disclose his bank account information, authenticate the transaction with his mobile phone and then wait three days for the encryption to complete. He added that this is the simplest way of validating Bitcoin. This suggests the currency may remain a more business-focused form of payment, or at least one associated with larger purchases.