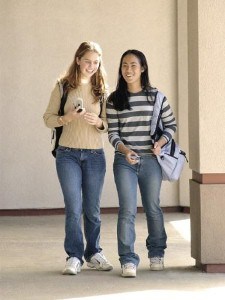 What if a child is found to own an apartment halfway across the country or owe the government thousands of dollars in income taxes - for children that are victims of identity theft, these occurrences are more likely than one tends to think, CNBC reports. Children's identities are fresh, unscathed and normally stay unchecked by government agencies and authorities for more than a decade, which makes them an appeasing target for identity thieves. In addition, a social security number with a clean history can be used with any name or date of birth, the news source states. A recent study undertaken by Richard Power, distinguished fellow at Carnegie Mellon CyLab, analyzed the identities of more than 40,000 children identities in the United States. According to the results, 10.2 percent of the social security numbers linked to those children were being used by someone else, which is more than 50 times higher than the rate of adults in the same population, the news source said. One of the causes of the high rate may be the enormous time spent by children on the internet. According to the Kaiser Foundation, kids 8 to 18-years-old are engaged with the media for more than 10 hours per day on average. This only increases the risk of their information being distributed to unwanted parties, as often a scam site will ask for personal details, such as name, age, address and SSN. "From our perspective at Norton and our knowledge of how common it is for kids to download malware — two-thirds of kids in our global study have - we know that it’s most likely that cybercriminals will be the source of a young person’s online identity theft," says Marian Merritt, Internet Safety Advocate for Norton. "Even having such valuable information as the child's Social Security number stored on a computer can lead to ID theft. Make sure your child doesn’t use peer-to-peer file sharing software or otherwise risk cybercriminals having access to your private financial information." Merritt offered advice through the news source for both parents and children to protect the security of their identities. An individual should deny any invitations through email, social networks or friends that they don't know - children may have a difficult time comprehending what a stranger is online, so parents should investigate their friend lists and overall internet activity once in a while. Enable privacy settings on accounts so that outsiders aren't able to view private information, and don't reveal any contact information that you aren't readily prepared to share with the general public, such as an email or phone number.