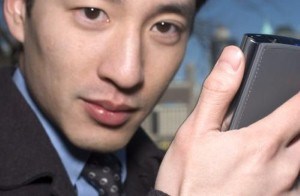 Debate has surrounded the part that consumers play in the decline of outstanding credit card debt. Although some experts believe the large amount of bank charge-offs factored heavily in the decline, others insist that the consumers' diligence is responsible for paying off their debt, insideArm reports. While Americans have been paying their outstanding credit card debt at a higher rate, it has caused a severe drop in consumer purchases and credit, according to The Los Angeles Times. Since mid-2008 to May of this year, outstanding credit card debt dropped more than $180 million. Charge-off rates across banks surmounted 10 percent across the country, which greatly influenced the decline, but Robert Fite, vice president of collection solutions for a debt collection agency, lauds the consumer for paying off debt. "These individuals – we’ll call them “payers” – are who all collectors look for when placing calls: those willing and able to make debt payments," Fite wrote to the news source. "Recently, many have been forced into this behavior due to the nature of the card market (lower credit limits, attractive consolidation options, etc.). But these people are still payers." Fite puts non-payers into four categories which he presents through the news source. Payers that either pay the minimum for each pay cycle or are continually slow at paying comprise the first classification. Many young consumers fall under this category and the recession has increased the number of these types of payers. Friendly reminders usually suffice enough to encourage these individuals to pay up, the news source suggests. Debtors that have the means to pay, but simply don't are quite frustrating, the news source stated. These people attempt to find loopholes in the system and may claim their debts are not bound by law to pay the debt. However, the debt is, in fact, legal and if they continue to refuse pay, legal action by the debt collector may be necessary, insideArm states. Credit criminals, such as professional litigants, frauds and identity thieves will never pay a debt. Skip tracing and filing lawsuits may be the most effective methods of tracking members of this category down. The highest rate of increase among specific debtors since the recession of 2008 are those who want to pay their debt, but can't afford to. For such consumers who have shown a history of good credit and payment, debt collectors should show some patience by way of long-term payment plans and post-dated checks, the new source advises.