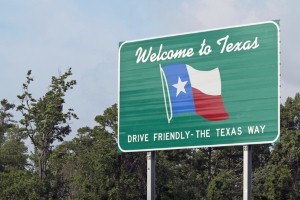 Consumer groups in Texas believe that proposed regulations relating to the short term lending industry are essential to distinguish between reputable businesses and predatory operations that feed on the debt cycle. Regulatory infrastructure
State legislators have been inundated with requests from residents to impose some element of regulatory infrastructure and, according to the San Angelo Standard Times, officials are considering adding it to the 2013 Legislature. Figures released by the Office of Consumer Credit show that more than 3,000 licenses have been approved for alternative credit businesses in the state, but a lack of regulation has tarnished the industry, with some consumers alleging that contract terms and conditions are not clearly defined. Several cities in Texas have already begun implementing local ordinances relating to the industry, a move that has drawn praise from state officials who have seen the repossession rate on items like vehicles increase in the last six months. However, critics say that the lack of a standard regulation for the debt collection industry means that consumers will still be unsure of where to turn when they need alternative financing, and that 90 percent of companies are already in compliance with a state lending law passed in 2011. Making the payments
The Consumer Service Alliance of Texas, a short term lender industry association, has been working with state officials for months and insists that its members abide by a series of best practices. This includes establishing a no-interest, no-fees repayment plan after the loan has been refinanced for a fourth time, and that rather than enticing borrowers into a "cycle of debt," short term and short term lenders are looking to make the repayments as painless as possible. "Once you're done, you've paid it off," said Rob Norcross, a spokesman for the alliance, and he doesn't believe that individual cities have the authority to impose regulations. Not paid when due
According to the Center for Public Policy Priorities, 73 percent of single-payment short term loans are not paid when they are originally due, which leads to contractually agreed penalty charge on a defaulting borrower. Credit access businesses in the Lone Star State extended credit 825,651 times in the first quarter of 2012, a figure that increased to 900,038 times in the second quarter, according to the Standard Times. "What I'm afraid it will show is an inflated perception of demand," said Stephen Reeves, legislative counsel for the Christian Life Commission."Though state officials have made progress, some areas of the law aren't adequately enforced and disclosure forms in Spanish are not mandated."
Short Term Financing