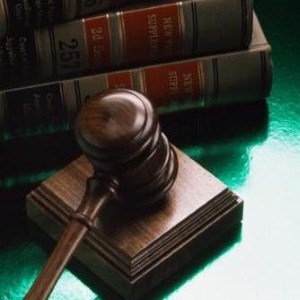 Most debt collection firms realize that they have to abide by a number of federal, state and local laws when they speak to individuals who owe money. This is often made easier when new agents are taught from day one that there are things that can and cannot be done. Training materials and updates of relevant materials around the office can be of great help. However, sometimes agents might stray from the beaten path. If this occurs, the entire company could face litigation. This is the current situation that a Texas recovery service is dealing with after an agent allegedly threatened a debtor. Collector accused of breaking the law
According to the Southeast Texas Record, Melissa Stephens recently decided to file suit against Internal Credit Systems after an agent supposedly threatened her with legal action if she failed to pay off an outstanding debt. Moreover, the source detailed, the business didn't provide Stephens with written validation of the amount owed, per regulations. Stephens says that a worker at Internal Credit told her that if she did not amend a debt with Ultimate Family Fitness, the business was going to levy a lawsuit against her, the legal journal reported, and said that he or she was a representative of an attorney. Stephens is alleging a violation of both the Fair Debt Collection Practices Act (FDCPA) and the Texas Debt Collection Act and is asking for damages for results of the allegedly threatening conversation, including humiliation, anger, fear and anxiety. FDCPA may have been at the center
Stephens believes that an FDCPA violation is the crux of the problem. The regulation is widely regarded as the most all-encompassing law that governs the industry, as it specifies the ways in which a debtor can be contacted and what can be said during conversations. If the Internal Credit agent did indeed disobey the law, it may have been a violation of Section 807 of the FDCPA regarding false or misleading representations. The fifth paragraph reads that it is illegal for a collector to threaten to take any legal action that is impossible to pursue or that they have no intention of following through on. Recovery service companies need to remember to instruct new hires of all of the applicable laws in their region and ensure that staff know them inside and out before conversing with a debtor. Should a business teach trainees correctly and allow employees access to copies of the laws in the office, the firms may not face situations like that in Texas in the future.
Debt Collections