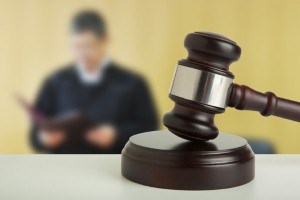 Trying to establish proof that an individual is the owner of an overdue account is often a challenge for debt collection agents. Because contact and payment information often passes through many hands before it reaches a collector, it is not uncommon for data to be lost in the process. Original findings of Tennessee trial court Debt collectors in Tennessee were recently dealt a blow when the court ruled in favor of a debtor in appeal case of LVNV Funding, LLC v. Mastaw. According to the opinion written by Judge Holly Kirby, LVNV had originally sued Kevin Mastaw after obtaining a warrant asserting he owed $15,101.23 in overdue payments on a Sears Gold MasterCard. Mastaw, however, claimed LVNV was just a debt buyer, and should have been licensed as a debt collection agency before trying to collect on the missing payments, the opinion read. Though Kimberly Parks, a representative at Resurgent Capital Services, the attorneys for LVNV, testified on behalf of the recovery company, Mastaw alleged her testimony was all hearsay, because she was not personally aware of the man's specific debts, and therefore inadmissible. The judges of the trial court ruled that Mastaw was indebted to LVNV. Appellate judges decided testimony was hearsay Kirby wrote in the court's opinion that Mastaw brought the argument that Parks did not qualify as a custodian or qualified witness, so the evidence of his debt should not be admissible. The panel of judges listening to the case agreed that the evidence was hearsay, as Parks, because she had no specific knowledge of the situation, was merely reading information from the documents provided. The evidence she brought was then stricken from the record, so LVNV had no grounds to collect. Effects on the industry This ruling means that debt collectors in Tennessee must be careful during litigation when choosing who can introduce documents as evidence. Agencies attempting to recover a debt may want to call account managers at the original credit card company to the stand, if possible, or only feature lawyers who have expressly handled the case. However, the proof of burden a debt collector must establish varies by state. After reporting on the Mastaw case, founder of the Debt Counselors of America, Steve Rhode, noted in Arizona that a bill that may allow debt collectors and buyers to establish delinquency using a final statement from a credit card company as proof.
Debt Collections