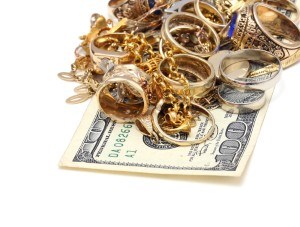 In the United States, many consumers follow the habits of their favorite celebrities. Taking their cues from television, movies and rock stars, a number of people like to buy the same items, wear the same clothes and frequent the same businesses. This rings true with the pawn industry, which has seen major gains since the advent of multiple reality TV shows. Watching the shows, from the History Channel's "Pawn Stars," to TruTV's "Hardcore Pawn," consumers have taken notice of the inner workings of business in the sector, and have come out in droves to take advantage of the short term lending offerings. Better reputation Since shows about pawn shops have made large gains in popularity, the reputation of the industry as dark and somewhat disreputable has been completely reversed. "'Pawn Stars' has greatly enhanced the image. It is showing the pawn broker is a legitimate business. It is no longer the seedy fence of stolen goods," president of Larry's Pistol and Pawn Shop in Alabama, Rob Barnett, told the Huntsville Times. Barnett told the source that in the past, many crime dramas painted the industry as harboring criminals and participating in illegal activities, a reputation which is not seen anymore. No longer is the typical storefront seen as gaudy and cheap, thanks to celebrity endorsements, the source noted. Rise in sales Because individuals want to visit the types of shops they see on TV, the increase in foot traffic has caused a revenue spike throughout the business. After the shows began gaining ratings boosts, in 2011, the pawn industry as a whole, constituting more than 11,000 different shops, saw $14.5 billion in sales. Research director for Marketdata Enterprises John LaRosa said the popularity of reality shows, paired with the rising cost of gold, has made the sector more mainstream and acceptable. "Even Beverly Hills and Palm Beach have pawn shops, that discreetly serve the rich by buying their high end jewelry," LaRosa said. Not as flashy as on television However, there are some notable differences between the business seen on television and regular pawn shops. For example, the Huntsville Times reported, it is rare for a normal company to see some of the massively expensive items the reality stars are offered. Rob Barnett told the news source it is rare for individuals to receive a loan of more than $2,000 to $4,000, though most people pawn items for anywhere from $100 to $500.
Short Term Financing