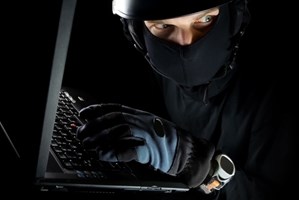 Holiday shoppers who frequented Target in the past couple of months may become a victim of identity theft in the near future, as the retail giant said personal information of customers has been compromised.

It is now being reported that more than 100 million people could have been affected, which is three times larger than originally thought, according to ABC News. People who shopped online and in stores may have had names, addresses, phone numbers and emails stolen.

As a result, these people could see significant damage to their consumer credit scores. In the long run, this damage can be repaired but it could be costly in the short term. Businesses that go through such incidents would be wise to provide customers with a list of some of the most common signs of identity theft, so they can be prepared.

The following are some signals that a consumer has been a victim of this crime:

- Flagged accounts: People should be on the lookout for emails from their banks that say there was irregular activity, according to U.S. News & World Report. After receiving one of these emails, it is important to contact the bank responsible for the account in question to make sure it is legitimate. People should avoid responding to these messages without this verification, as identity thieves may attempt to steal personal information via this method.

- Mail is missing: When criminals get ahold of personal information, they may change the address on accounts to prevent people from seeing irregular activity on their statements. For this reason, consumers should be concerned if statements all of sudden end up missing. Perhaps the best way to avoid this type of situation is to switch to online banking and go paperless.

- Unexpected mail: Missing statements isn't the only sign of identity theft that could come from a mailbox. People may also get unexpected letters, such as a piece of mail from the post office saying correspondence is being forwarded to another address. It could be easy to brush this off as a simple mistake, but people need to take this type of instance seriously. The change of address notice could be an identity thief attempting to get statements sent to his or her home.